FOX 2 - You have seen the less images for generations. Bullying, specifically name-calling. Names or labels that are slapped on to kids.

The fight is on to "Defeat the Label." That's the name of a program started eight years ago.  It was born in the friendship circle and quickly grew into its own organization.

Students learn to Defeat the Label against bullying

Bullying, specifically name-calling - labels slapped on to kids has happened for generations

One of the biggest things they teach, isn't just to say don't bully. It's telling students to start doing something about it even when they're not involved.  Being an ‘upstander’ and not just a bystander.

"What do you do when you see bullying?" said Jamie Kaniarz, Defeat the Label executive director. "How do you feel when you see it? Do you feel comfortable engaging in that situation and saying, 'Hey I see how you're treating them and that's not OK.' So we give the students a lot of different ways to address bullying when they see it."

The executive director of the Defeat the Label has been helping students combat bullying in hallways across metro Detroit in 15 different school.

FOX 2: "We have to know what bullying is and what it isn't right?"

"If I say bullying to you, you may have a completely different idea of what bullying is, to what I mean," said Kaniarz.

One of the schools using it is West Hills Middle School in Bloomfield Hills.

Assemblies like this one aren't one time lessons.  It's ingrained in them for years.

"Over the course of three years our sixth, seventh, and eighth graders all have a common language where we can come and if we are in a conflict we can talk about, were you being a bystander there or will you bring an upstander? What steps could you have taken?”

One song that he uses is “Brave” by Sara Bareilles.

"The lyrics say 'You can be amazing, you can turn a phrase into a weapon or a drug' and I stopped right there with about 570 kids and I said weapons and drugs, what did they do to us?

It's conscious conversations that defeat the label organizers hope will spread faster than the hate they're trying to fight.

"It takes courage because it's hard to stand up to your friends, it's hard to be the one to go against the tide and say this isn't cool, this is not OK." 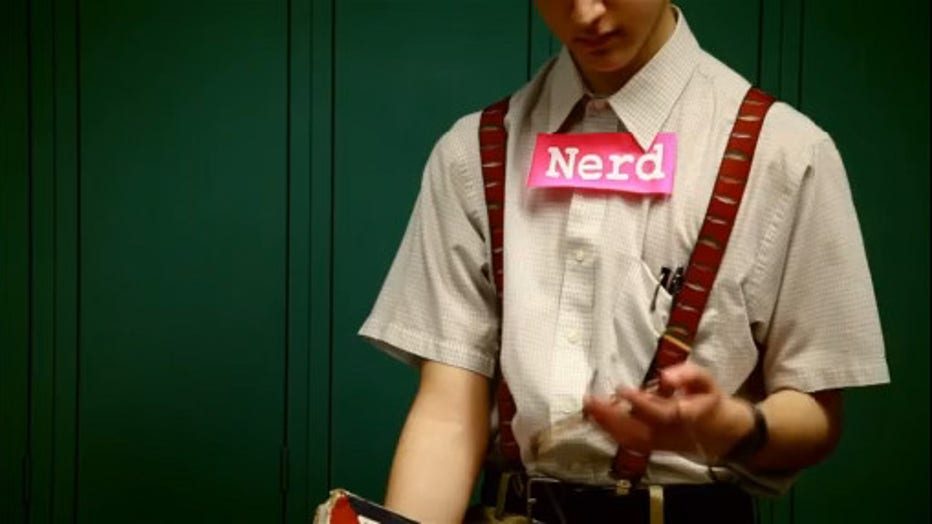