LINCOLN PARK, Mich. (FOX 2) - A Michigan man who was deported after living in the United States for 30 years is reunited with his family in the ultimate Christmas surprise.

Jorge Garcia came to the U.S. with his parents when he was 10-years-old. He's lived here ever since, working and paying taxes and having no criminal record. But on Martin Luther King Jr. Day in 2018, he was deported to Mexico.

Man deported after living in U.S. for 30 years able to return home

A Michigan man who was deported two years ago after living in the United States for 30 years has been approved for a green card and is able to return home.

His deportation devastated the 41-year-old's family. But, their luck changed a couple of days before Christmas.

"It was just following the procedures of our broken immigration system that we had to do, ask for the two pardons. It was just a matter of praying and hoping they'd accept him because he had no criminal record and he shouldn't have ever left to begin with," his wife Cindy Garcia tells us.

Thanks to the efforts of his lawyers, Congresswoman Debbie Dingell, Michigan United and the UAW, Jorge was approved for a green card, meaning he was allowed to come back to the country and reunite with his family.

Cindy and Jorge got word Dec. 23 that he'd be coming home. The couple kept the good news a secret from their two children, Jorge Jr. and Soleil.

"What happened was I told them we were going to pick up Uncle Jessie and they were willing to come along," Cindy says.

But the kids were surprised on Christmas Day when they saw their dad instead at the airport.

"My son goes, 'Wait! That's my dad!' He bust out into tears, my daughter's into tears. I couldn't, I'm just crying like, finally!" Cindy says.

The Garcias are reunited, convinced they should've never been separated. 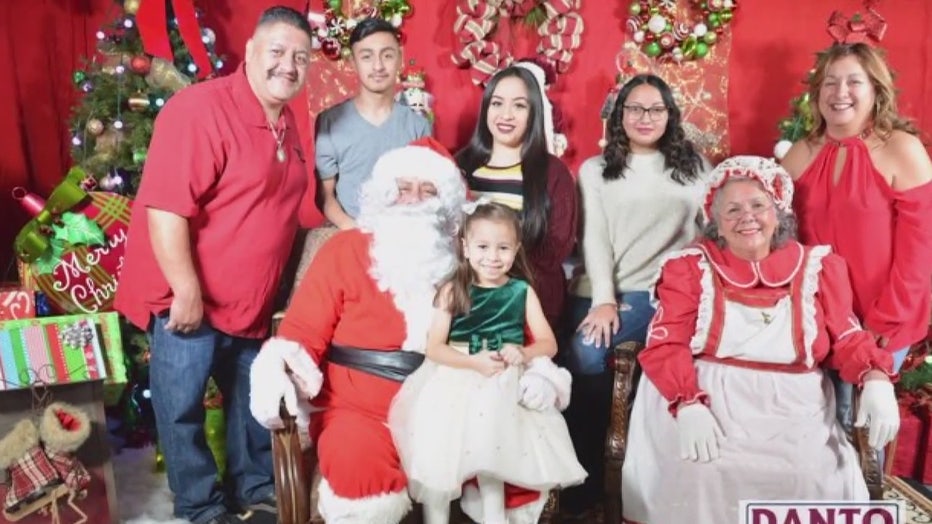 But we received a statement from Congresswoman Debbie Dingell which reads in part:

"It's a deep sigh of relief now that Jorge is reunited with Cindy and the Garcia children. They lost nearly two years with their father - time they will never get back ... This was a real life symptom of a long-broken immigration system and inhumane immigration policies from the Trump administration. It is time for Congress and the president to find the political will to do what is right, not what is convenient, and fulfill this nation's promise to those who come here seeking a better life and those who call this nation home."