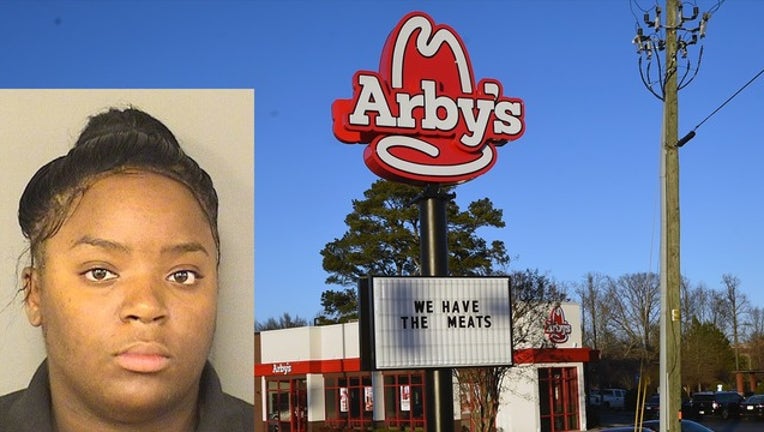 ROYAL PALM BEACH, Fla. (FOX 35 ORLANDO) - An Arby's manager is facing felony charges after an employee claims she pepper-sprayed him and chased him with a knife.

According to a police report, an employee, Ernst Point Du Jour, claims that he and Akins got into an argument on Saturday night at the Arby's at 9970 Belvedere Road after she asked him to stay late.

When he refused, the two reportedly exchanged words and the conversation got heated. Co-workers say that Point Du Jour was angry about not being released from work and got very close to Akins. That's when Point Du Jour claims that Akins shot pepper spray into his eyes.

When he ran out of the store, co-workers claim that  Akins grabbed a long kitchen knife and chased after him.

Although Point Du Jour wasn't stabbed, Akins scratched up his car with the weapon, police say.

Akins was arrested and has been released on bail.