DETROIT (FOX 2) - There was a neighborhood clean-up in Pingree Park on Detroit's east side. Organizers sent out flyers and took pictures as they cleaned up blight block by block, and they contacted the city about the clean-up.

So imagine the confusion and anger when volunteers trying to clean up received blight tickets.

Inspectors give out tickets to volunteers cleaning up blight in Detroit

"The inspector came out - when volunteers were out there- (issuing) tickets ... Trying to fight these blight tickets," said neighbor Toya Oglesby.

That was back in September. The blight they were ticketed for they say they just hadn't cleaned it up yet.

"The ladies are in their 90s are not going to be pulling out massive (branches). I had 10 men helping me because one area was so overrun. They are not able to do it. They asked for help, we came and they shouldn't be punished," said neighbor Kaytea Moreno Elst.

Toya and Kaytea were on their way to blight court to fight the tickets, something they've been doing for months now. But right before court started, there was an unexpected surprise -- they were all dismissed. The city threw out all the blight tickets.

"We were able to tell the mayor and said let's make sure we support this group that is out there doing the clean-up," said Ray Solomon with the city.

But why did the inspectors issue the blight tickets in the first place, especially when the neighbors contacted the city about the clean up?

"We didn't get the information that the clean-up was going to happen and got kind of mixed up," Solomon said. "That is how we notified DPW to say hey, can you do a pick-up because the inspector is going to give tickets, X, Y and Z. It was kind of done in reverse." 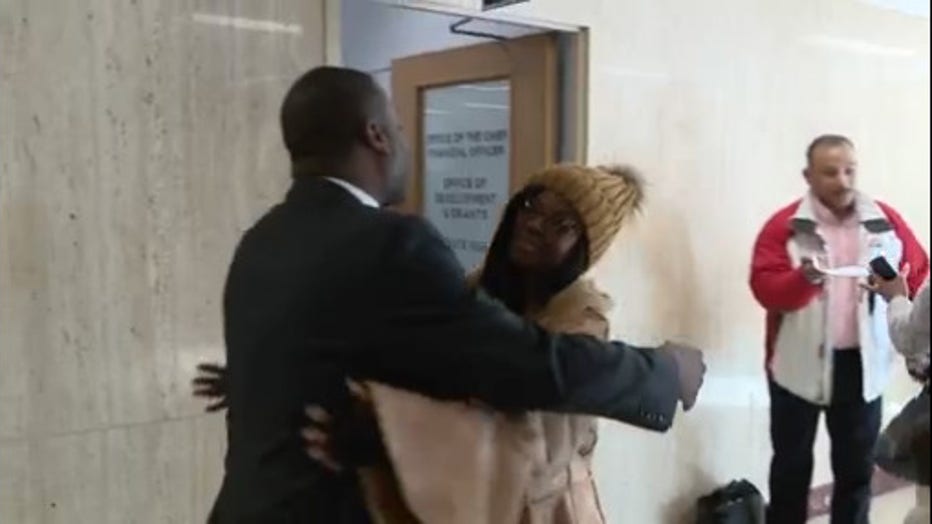 Despite all the frustrations, everyone is just happy about the positive outcome.

"I'm going to go to Fischer street and tell my neighbors that they don't have to pay tickets," Kaytea said.

"We are thrilled," said Toya. "And we hope that gives our neighbors energy and enthusiasm to show and see that things do work out."