A wall used to segregate Black and white people in Detroit is now a historic place. The Birwood wall was build in 1941 to help a developer get home loans that Black people were not eligible for.

DETROIT (FOX 2) - The Birwood Wall once separated races in Detroit.

"It is really important to remember this history of discrimination in this city. It still casts its shadow today," Mayor Mike Duggan said.

That wall from Eight Mile Road to Pembroke Avenue, built in 1941, was used to segregate Black and white neighborhoods. It allowed a white developer to get home loans from the Federal Housing Administration that were not available to Black people due to redlining. 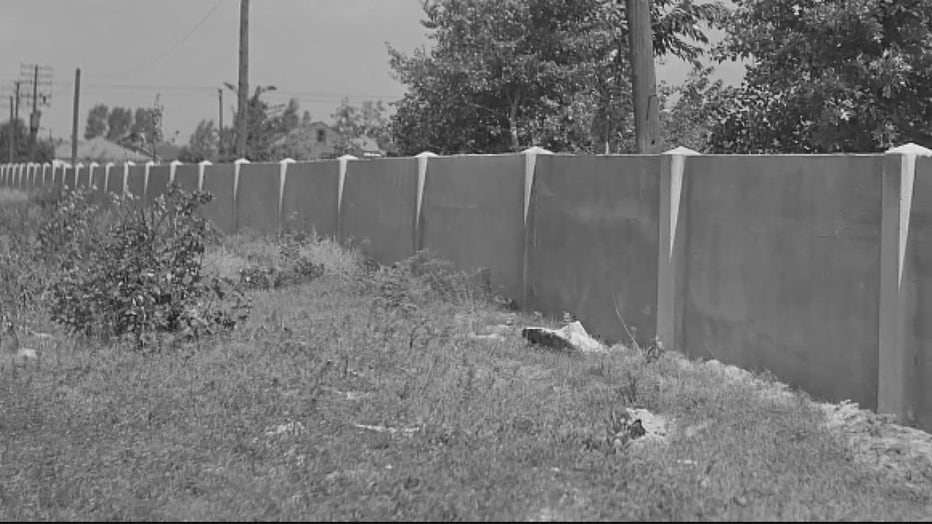 The wall, which is also known as the Eight Mile Wall and the Berlin Wall, still stands, and Monday it received a historical dedication and marker, a reminder of its place in history and the present day.

"History lost is history that can be repeated, so every time we are educating we are making sure that current and future generations are prepared," said Rochelle Riley, with Detroit Arts, Culture, and Entrepreneurship.

African Americans fled Jim crow in the south by moving to Detroit, where they worked side by side with white people in the auto factories.

"Making about the same amount of money, income equal but because whites are getting guaranteed home loans by the FHA, within a couple of decades, we would have a wealth gap," Detroit historian Jamon Jordan said.

Jordan said that gap haunts society still today, with roots in housing discrimination. It is the same with school inequality and environmental racism.

People like Alfonso Wells, for whom this park is named, is one of the activists who protested and helped end segregation.

"The wall never made a difference to us because that time had passed, like it's passed now. It's been 81 years since that wall was erected," resident Teresa Moon said.

FOX 2 and Detroit Blight Busters worked with the community to beautify back in 2006 by painting the wall, once a symbol of segregation and now a show of strength for a community determined not to forget.

"This is about the dedication and the perseverance of this community," said Janese Chapman, with the Historic Designation Advisory Board.