Speak up. That is the advice from a Detroit Free Press reporter to anyone in an abusive relationship. Jasmin Barmore spoke to FOX 2 about how she set herself free and how she wants to help others.

FOX 2 (WJBK) - Speak up. That is the advice from a Detroit Free Press reporter to anyone in an abusive relationship. Jasmin Barmore spoke to FOX 2 about how she set herself free and how she wants to help others.

"Although he was my high school sweetheart, he changed," she said. "You know, the saying, if they do it once, they will do it again? Well I didn’t believe that because I was so young and I had known this man all my life."

She shared the story of her marriage that started in 2009, but quickly turned abusive.

"I ended up having to get stitches because he threw me into a dresser," she said. "I was like maybe I shouldn’t (stay), I went back and, I stayed again. And we kind of went through this cycle."

A cycle that Jasmin wrote about in an acclaimed column recently, describing her journey from abused wife to a liberated woman who made the decision to leave.  She knows first-hand how hard it can be.

"I wrote about it because I did overcome it," she said. "I did get through it. And I have achieved everything -almost - that I wanted to achieve. But I just want other victims to know, you are not alone."

She knows people watching might be in the same situation as she was. She has this advice.

"The first step is tell somebody: I need help. Help me. Please," she said. "I don’t care, the person that helped me, when I was in Texas when I was trying to get out, was a stranger. And then it turned into me hiding, in the bushes, until my girlfriend got me." 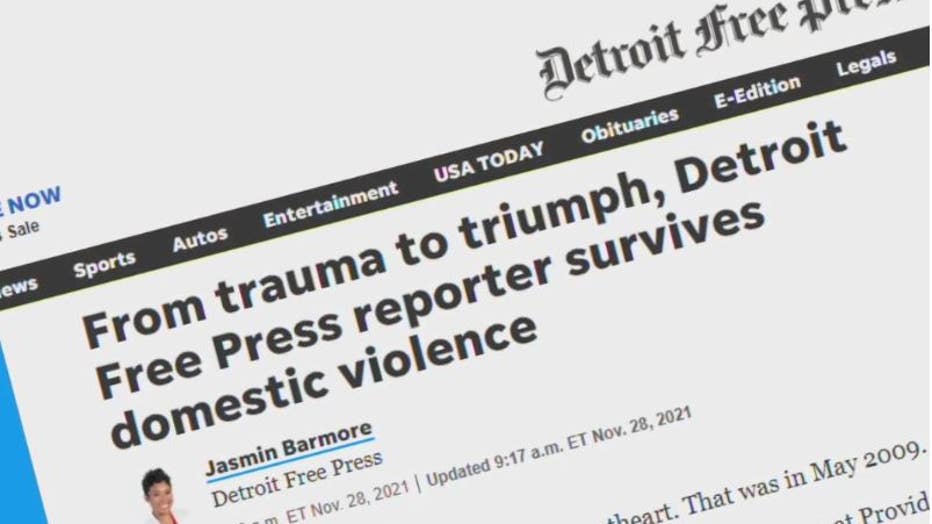 FOX 2: "You mentioned you talked to a stranger about your situation. Why not talk to someone who you were close to? Was it hard to do that?"

"Do you know how many people told me not to marry him?" Jasmin laughed. "'I’m young, and I’m in love, I love him.' So those people were people I was still close to.

"When people are seeking help, you’ve got to be careful not to pass the judgment, even the judgment, 'I'. If you’re going to help, just help. Not the, 'I told you so' or 'I knew that wasn’t going to work.'"

Jasmin is now hosting an event on January 28th, the Painting My Pain Fundraiser.

"I am also trying to raise money to move a family, or a person, out of a domestic violence situation," she said. "I want to help cover their moving expenses, their security deposit, whatever we can do." 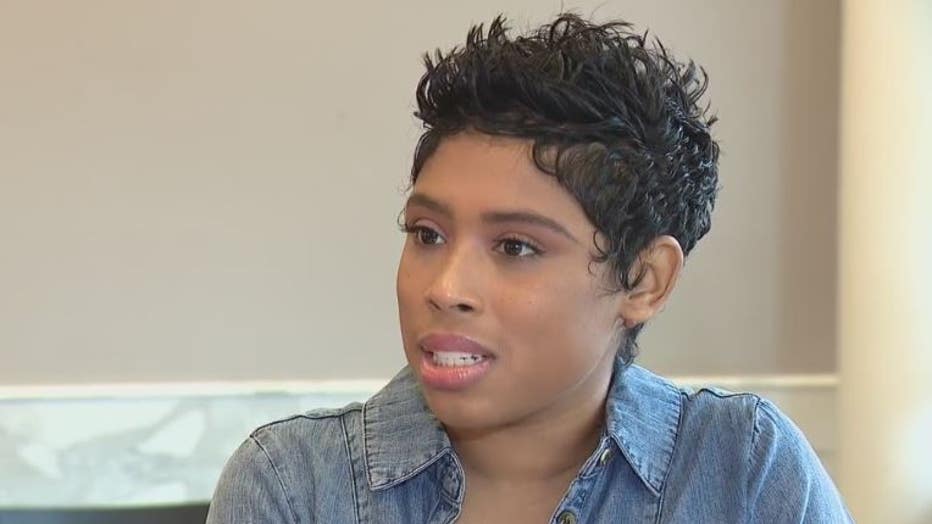