DETROIT (FOX 2) - A gas station owner on Detroit's west side says a group of teens keeps coming and ransacking his store. He says it happens as much as several times a month.

The latest incident happened overnight and was caught on surveillance video.

Detroit police are investigating after a group of teens keeps targeting and ransacking a gas station on Detroit's west side, according to the owner.

"After the first time this happens it should stop but it keeps happening, it keeps happening. It's a daily thing," owner Terry Bazzi says. He's owned the Citgo gas station on west Eight Mile near the Southfield Freeway for two decades.

Most recently, he tells us the group of teens came in just after midnight Tuesday and started stuffing their pockets with stolen merchandise. So a clerk locked them in, hoping police would be there soon and arrest them.

But instead, the suspects started ransacking the place, pouring out drinks in the aisles, knocking over displays and making a huge mess before slipping out the back door. 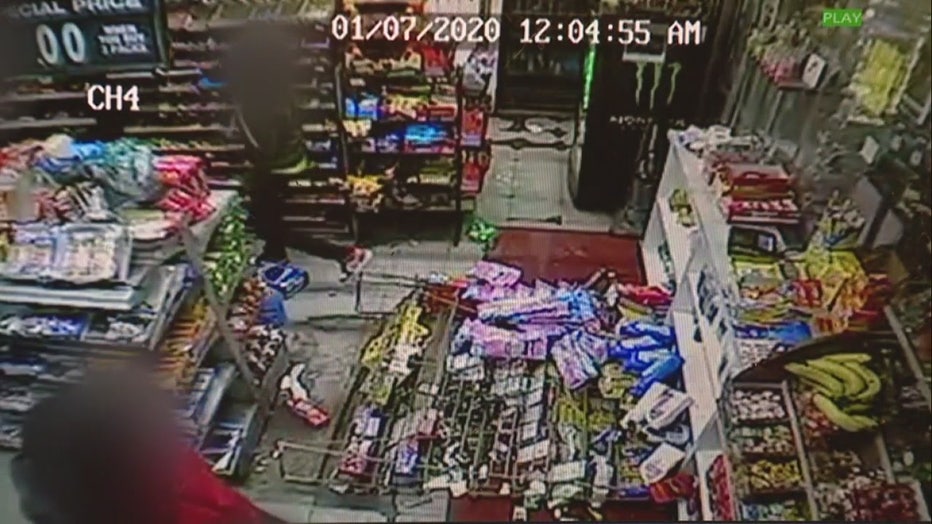 We've blurred their faces in the surveillance video because the suspects are possibly minors and haven't been charged or convicted of any crimes.

Bazzi says these costly encounters have been occurring almost on a daily basis for the past two months or so. He says he's made repeated reports with Detroit police.

He just doesn't understand how it can keep happening at his store, which is part of Detroit police's Project Green Light program when the video clearly shows the suspects' faces. Even license plate numbers have been recorded.

FOX 2 reached out to Detroit police and they assured us they're looking into the matter. Three patrol cars came out to the gas station later on Tuesday to speak with the owner.