DETROIT (WJBK) - A Detroit man released from prison tonight after spending more than 20 years in prison for a crime he said he didn't commit.  Lamarr Monson has been granted a new trial because of new evidence after being convicted of killing a 12-year-old girl in 1997.

Monson came out with his mom, family, friends and lawyers from the Innocence Clinic. A new trial is scheduled for April 24 but the Michigan Innocence Clinic at the University of Michigan Law School who has been working to get this case thrown out and have his conviction overturned.

Reporter: "Let's talk about your faith in God that is what you relied on?"

"Definitely," Monson said. "He kept me at peace and I knew this day would someday come. I have been hopeful because I knew it wasn't in my hands it was in His hands. I trust in that, that is where my faith lies and I stand on that with everything that's in me."

Monson spoke about the moment he heard he would be released.

"I was just thanking God because of the peace he had in my heart from the beginning," Monson said. "I knew this day was going to come. That is what kept me sustained and hopeful. When that came to pass, I couldn't express it into words. It is just a blessing. "

Monson said despite everything he has gone through, he is not angry.

"I've gotten over that," he said. "I got over being angry. I understand that this is the way the system is.

"Right now I just want to go home with my family."

He was just granted a new trial which the Innocence Clinic will appeal to get it thrown out so he can be free.

The Innocence Clinic presented a new witness who presented new evidence in the crime. The director and two of the students were able to get ahold of the murder weapon in the murder of 12-year-old Christina Brown. On the weapon - a toilet tank lid - they found a finger print and a thumb print that matched the other suspect that a witness had identified as another suspect.

David Moran, Innocence Clinic attorney, said he is hopeful the case is over soon. He also spoke about the key witness who came forward with information about a new suspect.

"She said she called police shortly after this happened," Moran said. "But there was no follow-up on that. She found out in 2012 that another man was sitting in prison for this crime and she went to Detroit police and explained her ex-boyfriend committed this murder and intimidated her all these years.

"We found out about the statement a year later. (We asked) does that fingerprint match this guy? It took several more years of pushing and prodding but eventually Detroit police did find the fingerprints. Then we found out there were 10 fingerprints on the toilet tank lid. Most of them in blood. All matched the other guy who is still out and living in Pennsylvania." 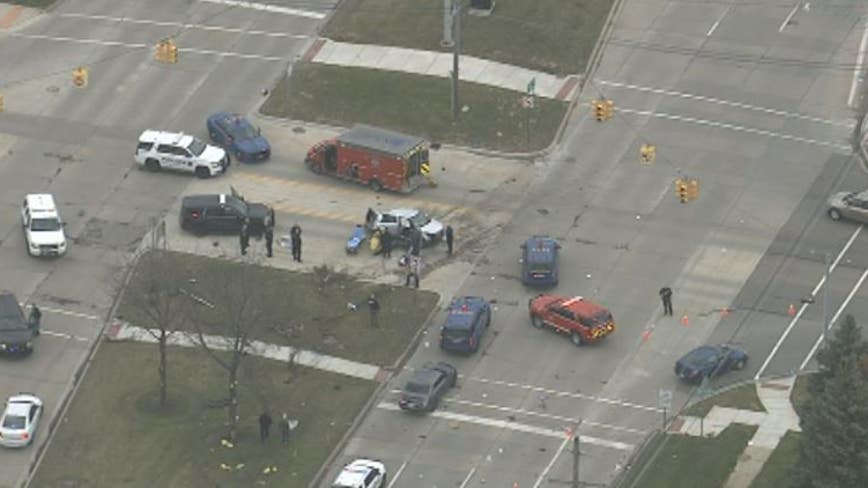