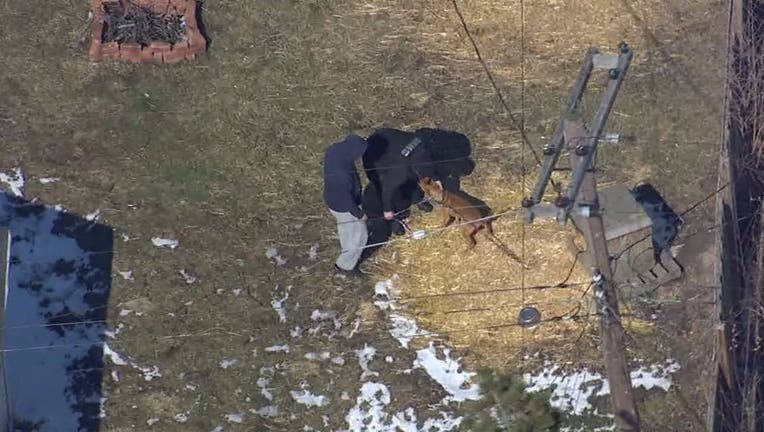 DETROIT (FOX 2) - A Detroit man was sentenced to prison Friday for animal cruelty after 30 dogs police say had injuries associated with dog fighting were recovered from four locations in Detroit.

Julian Akyan, 30, took a plea deal and was sentenced to one to four years for cruelty to 10 or more and one to five years for possessing a firearm as a felon.

On March 8, Detroit police and the Michigan Humane Society conducted an investigation at an east side home in the 14000 block of Edmore and three other Detroit locations connected with Akyan.

About 30 dogs were found at four different properties, many of which had bite trauma and injuries consistent with dog fighting. According to information from investigators, the "grand champion" fighting dog was removed from one of the properties as well as paraphernalia connected to dog fighting.

Elise Ramsey with the Michigan Humane Society previously told FOX 2 that the dogs were "extremely underweight, definitely neglected and a lot of scars from what I would believe, is a number of years of fighting."

Investigators also say the suspect has a criminal past and was investigated before on accusations of dog fighting. Ramsey said in 2018, he plead guilty to attempted animal fighting.

During the sentencing hearing, the prosecutor said this is the largest dog fighting he's seen in his time working on animal cases.

"This is just one particular instance that had to come upon in 2019 --10 years go Mr. Akyan has a conviction for attending an animal fight. ... The length of time he's possibly been in the community, it frightens me to think of the harm that he may have done to the animals," he said.