DETROIT (FOX 2) - Graffiti, whether you like it or not, or think it's art or not, creates blight in Detroit.

On Thursday the city marked the 100,000th removal of an illegal tag at the Holden Viaduct on Detroit's west side.

The city says murals are an effective deterrent to illegal vandalism

"I am okay with the style and expression of graffiti, it's just really not trying to deface property," said Sheefy McFly, a Detroit mural artist and local rapper.

And since 2014, the city of Detroit through its Graffiti Task Force has aggressively gone after the illegal tags.

"From what I am told, about 60,000," said Orlando Smith who removes graffiti for the city of Detroit.

And besides removing the graffiti, the city has arrested dozens of illegal taggers.

Sheefy McFly was mistakenly arrested in June when he was painting a legal mural as part of the "City Walls" program to beautify the city. But the case was later dismissed.

The city says murals are an effective deterrent to illegal vandalism and plans more "City Walls” in the future.

He says that Detroit is still catching up to other cities when it comes to using artist murals.

"New York, Philadelphia, LA, they pour millions into public art and a lot of people actually live off it," Sheefy McFly said. "I feel like Detroit (also) needs to." 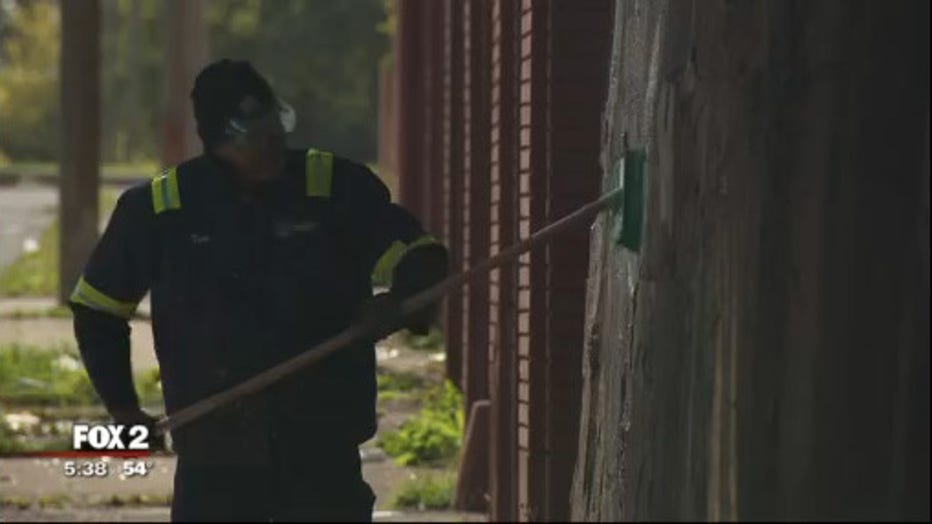