A quick stop in the sanctuary, then Pastor Barry Randolph moves on because his message and his mission here at Detroit's Church of the Messiah - extend far past the pulpit.

Detroit pastor making a difference with business incubator inside church

A quick stop in the sanctuary then Pastor Barry Randolph moves on because his message and his mission at Detroit's Church of the Messiah extend far past the pulpit.

"The biggest purpose of the church is to bring people out of poverty," he said.

Randolph, a social justice and human rights crusader, is a man on the move.

"So these are some of our properties," he said.

He believes poverty is the root cause of Detroit's problems - so in the Islandview neighborhood near E. Grand Blvd and Jefferson - the church has rehabbed or built affordable housing for 400 people.

It's work that really started 10 years ago when he says God told him to get the young people, like Dwight Roston. As a troubled teen he came to the church for community service and never left. He found art, music, video production and other opportunities...

So much success that more than half of the church's 200 worshippers each Sunday, are black males under the age of 30.

"All of this is teaching everybody their greatness," Roston said. "This is where most of the entrepreneurship companies are."

In the basement is a business incubator - Kill the Hate clothing company - the brainchild of a young man who had anger issues - and now has success.

Nikki's Ginger Tea company was started here 20 years ago by a single mother - Monique Sasser and her daughter, Andrena, now sell a product that's in 82 stores across the state.

"We make everything with the freshest of ingredients - fresh ginger root and green tea leaves," Monique said.

"In the summertime we hire a couple summer kids to come in and help us with manufacturing, so it lets us give back to the community - which I'm really proud of," said Beverly Bright.

"The church can do what the government can't - we can do what big business can't," said Randolph. “: We can actually teach people their value and their worth." 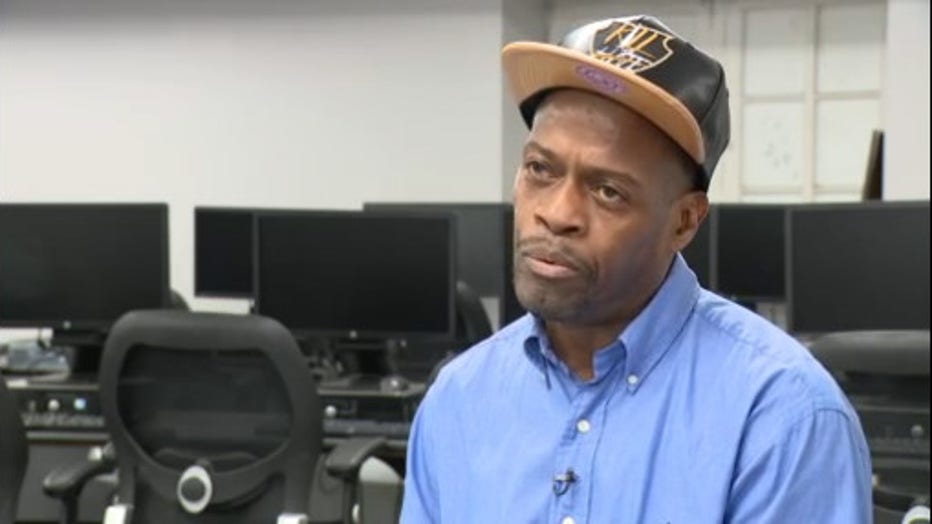 Pastor Barry says they're also opening a bike shop and a restaurant co-op is in the works - even a wine company.

He showed FOX 2 the empowerment center where they're finding jobs for returning citizens. The employment center is in memory of a teenager shot and killed while still in high school.

"When I first became a priest, the first thing I was doing was burying children," he said. "I was like - I didn't sign up for this - I'm like, we've got a problem. That's why this church does all of this."

He showed FOX 2 another room filled with photos of those lost to gun violence. Poverty - says Pastor Barry - is at the root of it.

In fact, Randolph believes something can be done about all of it as people of faith who already believe in the impossible.

"If the virgin can have a baby - we can eradicate poverty, we can build houses, we can create our own clinics, we can build our own businesses," he said. "We believe in the impossible anyway right? So let's do it."

He's doing it alongside so many, leading by example - and inspiring others.

"It's regular everyday citizens doing it because it's the right thing to do," he said.

Because everyone - he says - can serve, right now.

"Tomorrow is not promised - start with today," he said. "All of us can make a difference today."