Theresa Sumpter said the wounds on the dog they received a call for were far more horrific than they were expecting. They also didn't match the markings of a dog attack. Rose the dog had been badly burned by someone and will need "numerous" surgeries before she's recovered.

DETROIT (FOX 2) - The story of Rose is already a remarkable one. Just a couple of days after the Detroit Pit Crew was called in to rescue the badly injured dog, she's already starting to see progress. 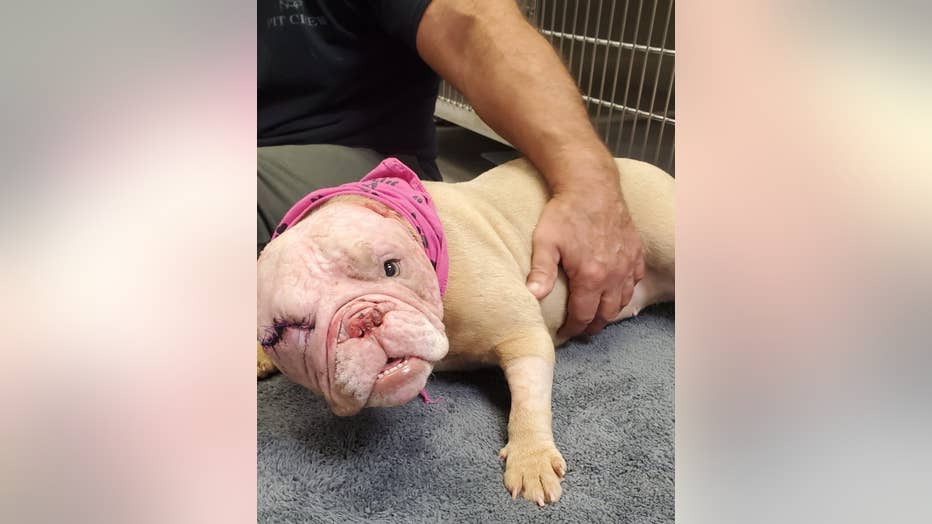 The Pit Crew agreed to take her in, without even seeing her, and the woman dropped her off at an emergency veterinarian around 10 p.m. on Thursday. The vet said the dog was not hurt in a dog but likely had burns of some kind and it likely happened a week ago, based on the healing. 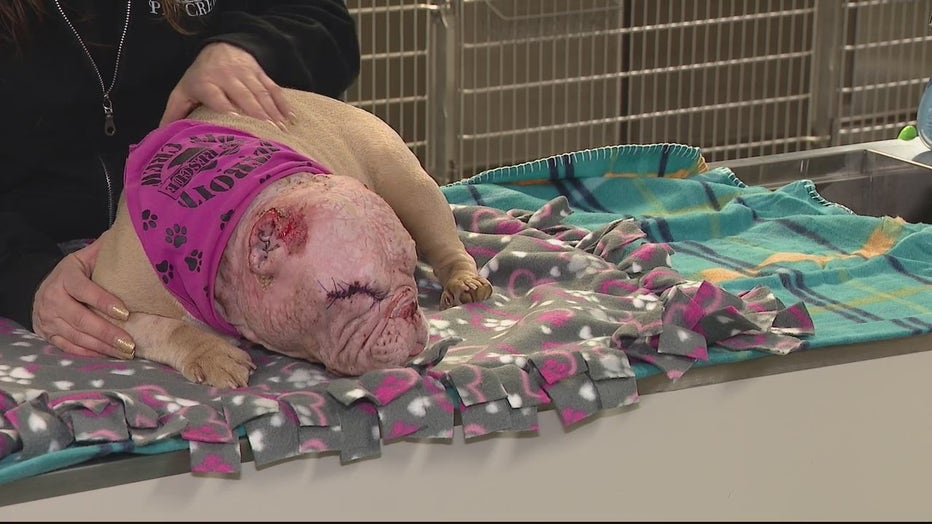 "The wounds were significant. The doctors were very concerned when they saw her and they said ‘this dog is going to require numerous surgeries to repair this damage,’" said Theresa Sumpter of the Detroit Pit Crew.

The animal rescue operation posted graphic photos of Rose as she was immediately taken in. While those are extremely hard to look at (seriously, don't click the link if you are faint of heart), the new ones the Detroit Pit Crew posted on Saturday show a dog that is already making strides.

"We would like to know exactly what happened so we were not able to get information about the owner - the person who originally had the dog. It came through third and fourth parties," Sumpter said. "But we're happy at this point though that we are able to get her started on the care that she needs."

"But we would like to know what happened to her," she added.

The organization expects Rose's "numerous surgeries" to cost between $10,000 and $15,000. They are seeking donations to help and are raising money on Facebook.

"Although we don't know the complete details of how this dog got what appears to be chemical burns all over her face we do know that we are going to do our best to try to save her life. She was surrendered to us by someone that took her from the original owner to try to get her help," the Detroit Pit Crew said. 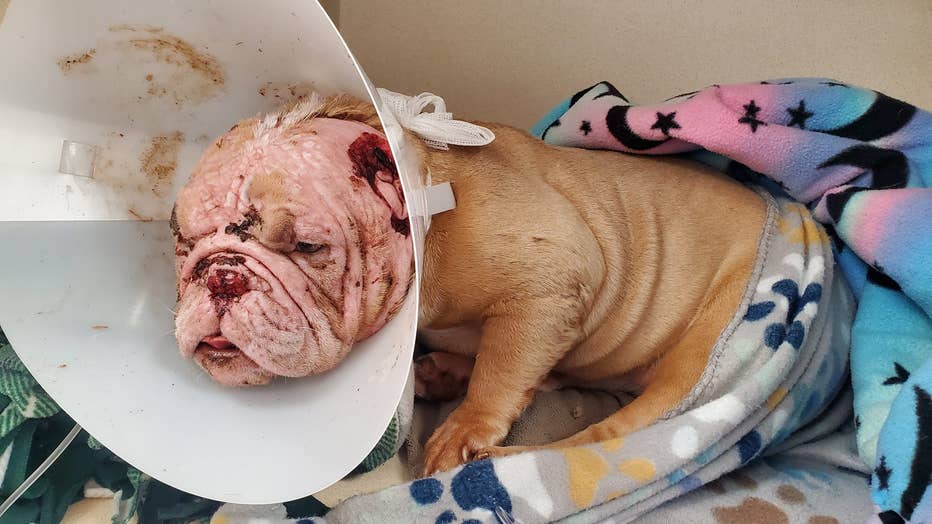