DETROIT (FOX 2) - A Detroit police officer was sentenced Wednesday for breaking into a home while searching for a suspect, destroying the homeowner's property, and taking him away in handcuffs -- all unrelated to the original case.

Police say on Jan. 22, Sgt. Paul Glaza and Officer Bradley Clark, members of the Detroit police burglary task force, were searching for a suspect when they knocked on the door of a home in the 22550 block of Pembroke near Lahser. Inside, 28-year-old Tashar Cornelius told FOX 2 he was making a sandwich.

"When they entered the property they had their weapons drawn and one handcuffed me right away and they ransacked the house," he said.

Police didn't find Mike, he says, but they did find something else.

"They knew I was a felon and I had a Taser on my table," he said. "They decided to charge me for the Taser."

Cornelius was taken from his home in handcuffs to county jail, where he said he was kept for 36 hours. He was never charged, but the officers were. 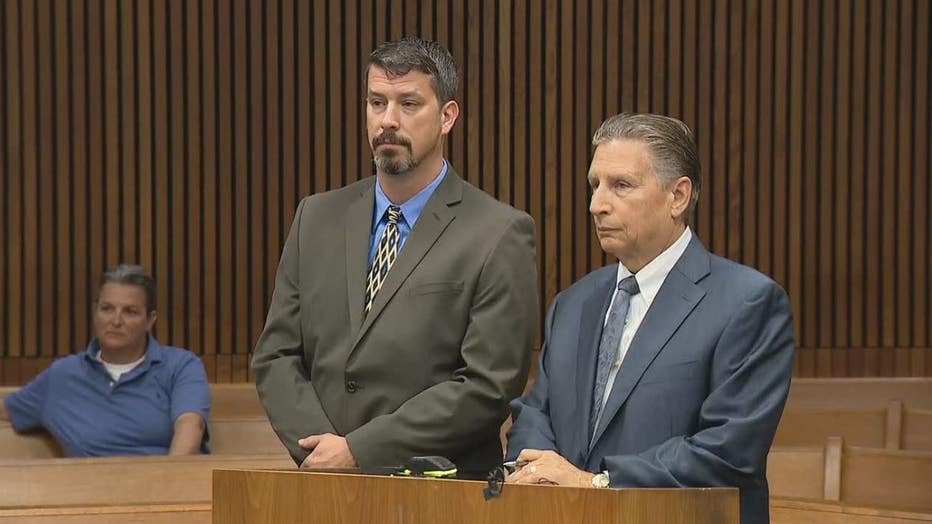 Both officers were charged with second-degree home invasion, third-degree home invasion, misconduct in office and malicious destruction of property under $200. Glaza accepted a plea deal and was sentenced for malicious destruction of property under $200, which carries a maximum punishment of 93 days in jail, and breaking and entering, illegal entry without permission, which also carries a maximum sentence of 93 days.

Glaza received a sentence of one-year probation and resignation of his Michigan Commission on Law Enforcement Standards, or MCOLES, license, which is needed to be a law enforcement officer.

Clark will be sentenced separately.