DETROIT - Dipping her brush into a crude can of jet black ink, Karen Moeller begins making thick strokes across a worn metallic surface. Connected to a crank, a giant rolling pin distributes the substance evenly, while coating bold metal letters in ink.

With a tabloid-size poster sheet aligned above the impression roller, the crank starts to turn and the paper catches. It wraps around and thick black letters get pressed into the paper, bordering the rainbow-shaded face of Mavis Staples belting into a microphone.

How one local Detroit business is keeping traditional printing alive

Signal Return, a Detroit-based nonprofit, is helping cater to a returning form of publishing. Using traditional printing presses, they are guiding local artists in creating unique works of art from scratch, without any electricity.

“This is not efficient, what we’re doing," Moeller said. "But it has its own beauty. I mean even the space - don’t you just feel it?”

What Moeller, her husband, and Jim Cain who is spearheading plans for a benefit concert headlined by Staples, are 'doing' are printing posters, 1950's style. For this trio, the tangible elements of the process, the tiny adjustments that stem from this 20th century game of trial-and-error magnify each print's significance.

The shiny new page of art might be freshly printed, but everything surrounding its creation is dripping with nostalgia. Despite the world's increasing digitization, this archaic process has seen a revival of sorts in recent years. 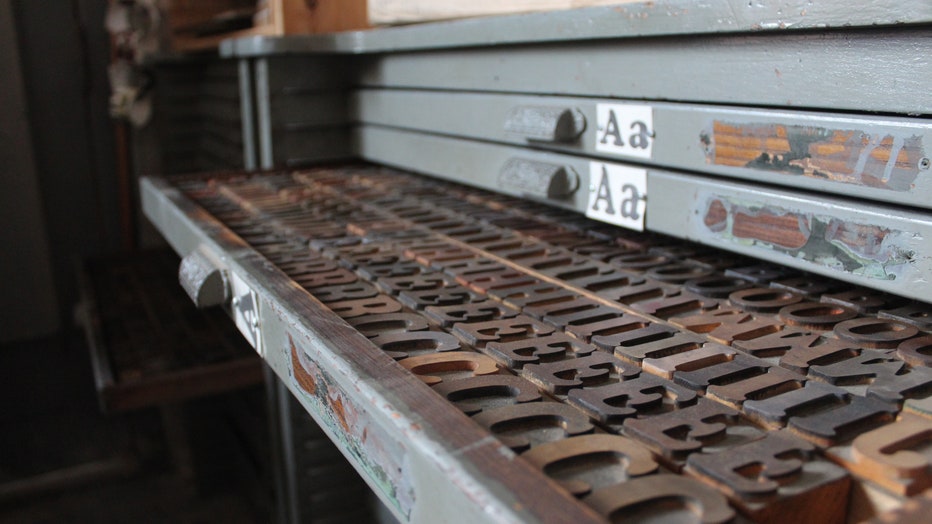 Wooden type that printers lay out on letterpresses.

"I think a lot of people want to work with their hands," said Lynne Avadenka, director of Signal Return. "They're sick of the computer. You definitely see that when you have university students come in here. They're very attracted to the fact they're not sitting in front of a screen."

Instead, college students, independent artists, and classes of prospective printers are faced with a printing press - an awkward metal contraption that extends about the length of a dining table.

Five of these manual machines sit in a little nook of Detroit's Eastern Market. After being retired from service in large print factories, these print presses have found a new home at Signal Return, a print shop that caters to local designers looking for a closer connection to their work. 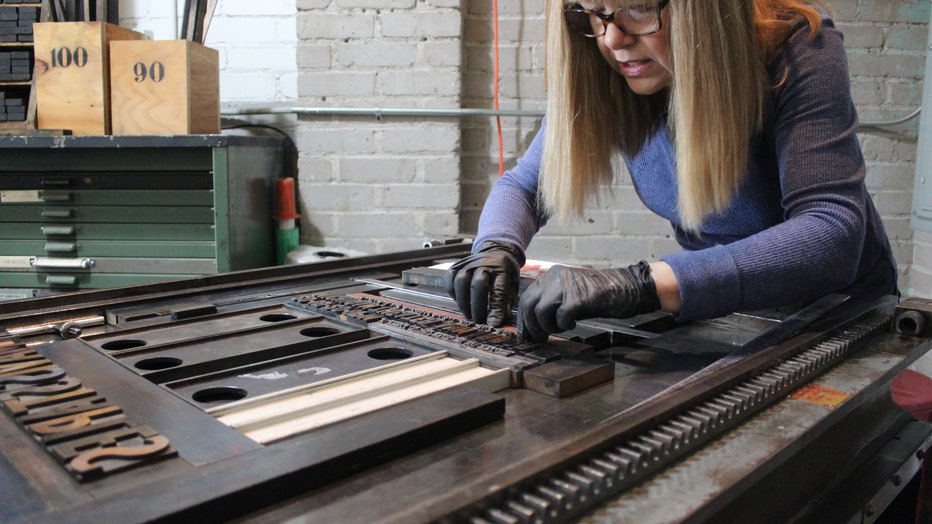 Karen Moeller lays out the design of a poster advertising a concert.

When Signal Return was founded, it was done with two goals in mind: bring what Hatch Show Print had cultivated in Nashville to Detroit, and building a community that could be shared between local artists. Instead of building a shared space for food or drinks, this room would help hobbyists hone their craft.

"You have to come in here and share equipment, you're not working alone in your studio," Avadenka said. "So there's a communal sense to a print shop."

It's not cheap equipment though. Decade-old print presses are in high demand. So are the types used during printing. The nonprofit receives its supplies through a variety of means; sometimes through donations, sometimes by bidding on refurbished machines.

To give people an idea, the nonprofit's wood type is worth thousands of dollars. One of their newer presses cost $12,500.

On the revenue side of things, Signal Return splits its profits with the local artists anytime a piece is sold in the shop. Costs for posters go as high as $200, but its cards cost as low as $5. 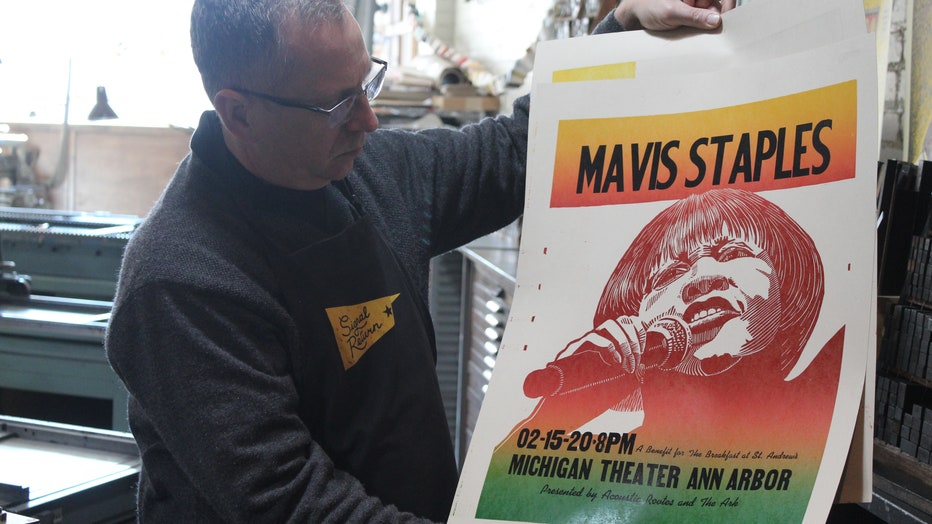 Cain, who helps run a local concert promoter called Acoustic Routes, plans to sell some of their best prints at the Michigan Theater when Staples performs. All proceeds will go to The Breakfast at St. Andrew's, a local soup kitchen in Ann Arbor.

You can also learn more about Signal Return here.