Detroit Will Breathe marched on day 18 of protests following the murders of Ahmaud Arbery, Breonna Taylor and George Floyd.

City Council planned to vote on a contract extension for the technology at Tuesday's meeting, but it was removed from the agenda.

The group focused Monday on the Detroit Police Department's Project Green Light and use of facial recognition technology.

City Council planned to vote on a contract extension for the technology at Tuesday's meeting, but it was removed from the agenda.

Demonstrators say it happened a few hours after they announced a protest in front of three members of City Council - something they did earlier this afternoon, before gathering outside of The Public Safety Headquarters. 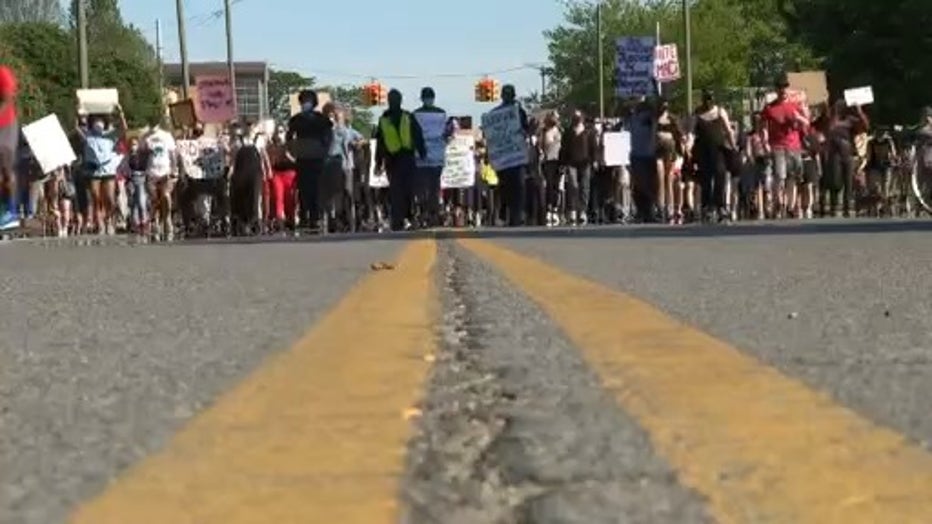 "We put out a press release around 7:30 this morning," Laskey said. "About three hours later the facial recognition vote was taken off of the agenda."

The City Council will vote on funding on two new DPD contracts Tuesday to boost surveillance efforts which would cost more than $400,000."

"I would encourage the public to contact City Council and tell them to end the programs of facial recognition and surveillance in Detroit," she said.

Protesters marched through Corktown and parts of the city's west side. Dwight Smith, a lifelong Detroiter, watched the procession make its way up Trumbull.

"It feels good to finally see something going on in America," Smith said. "People are finally coming together which is the way I think the world should really be."

People across the country have been raising their voices against police brutality and systemic racism for weeks now following the murder of George Floyd in Minneapolis. The ex-cop who killed him and the three others who stood by, are now facing charges.

Detroit Will Breath organizers are pushing, among other things, for the defunding and demilitarization of the city police department. They say police reform is not enough.

"They still have the right to kill us, they still can murder people and it’s okay and they're still not held accountable," said Wallace. "So why are we talking about reform when you still have a license to kill?"

Protesters will be back at the Detroit police headquarters Tuesday and are still planning a public tribunal for how they say police responded the first few days of the protest on Saturday at Hart Plaza. 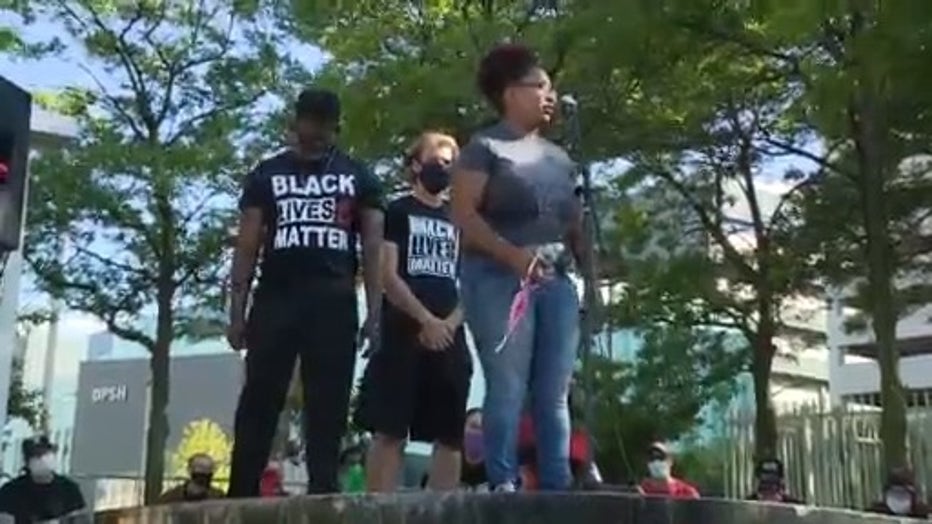