DETROIT (FOX 2) - The State of Michigan is investing thousands of dollars into the City of Detroit to help improve its recycling efforts.

Michigan's Department of Environment, Great Lakes and Energy, The Recycling Partnership and the PepsiCo Foundation are giving the City nearly $800,000 in grants.

Michigan's Department of Environment, Great Lakes and Energy held a news conference Monday to announce the major grants that will support the biggest expansion of recycling in Detroit's history.

The money will allow Detroit to buy thousands of curbside recycling carts and recycling containers and increase collection in public spaces.

It will also help fund a first-of-its-kind education campaign to inform Detroiters about what can and cannot be recycled, and how to do it correctly.

"Fifty percent of Michigan residents think that they're allowed to recycle plastic bags in curbside recycling, which is largely prohibited in municipalities statewide. And 76% of Michiganders are unaware that failing to rinse empty items before putting them in the recycling bin can cause a risk of contaminating everything in the bin and potentially losing the entire load," said Liesl Eichler Clark, director of Department of Environment, Great Lakes and Energy. 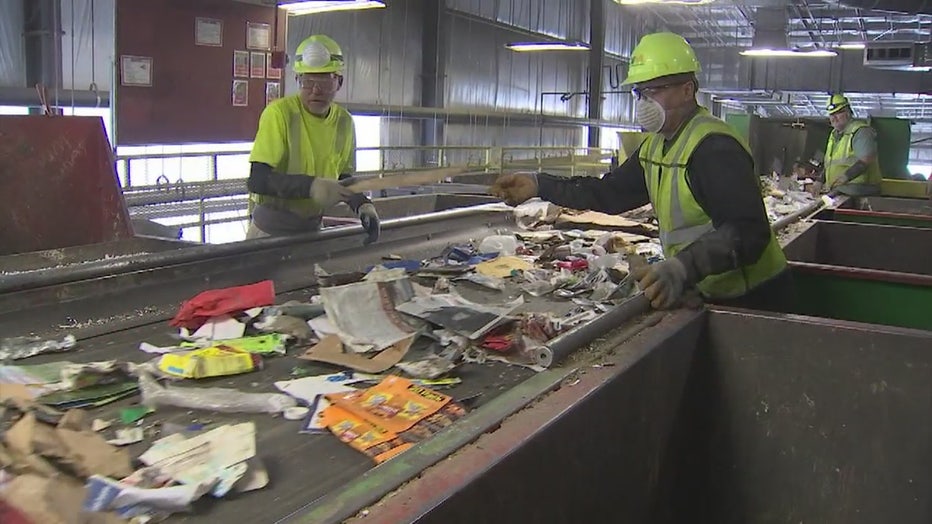 The grants are tied to the state's increased focus on recycling. Right now Michigan's recycling rate is the worst in the Great Lakes region at 15%.

The goal is to double the recycling rate by 2025.

For more tips and information on recycling from EGLE, click here.