Detroit community comes together to take streets back from crime

A community came together Wednesday to demand drug dealers to leave their Detroit neighborhood.

DETROIT (FOX 2) - Concerned residents are coming together to take their neighborhood back from crime.

"Nobody gets a pass in this thing, we all got relatives that got something going," said Malik Shabazz, Detroit activist.

"He got addicted in Vietnam and it has carried on today," he said.

In May — Gooden was at a known drug house on Lumpkin Street when he was shot in the head. He lost an eye as a result, but somehow he survived.

On a rainy night in June, some Detroit residents had a simple demand to drug dealers: "What they to do, is pack up," said Shabazz.

"We work for the people and we serve the citizens of Detroit and we want everyone to know that we’re here to make a difference," said Capt. Jevon Johnson, DPD 11th Precinct.

"When you see a community doing this — (it lets them know) they can do it as well," said Benson (3rd District). "This spreads the message, we can do it ourselves and once we combine forces with the government and the community."

"It takes everybody like what’s here today to make that difference for everybody to step up, be a neighbor and look out for each other," said Arthur Edge of Detroit 300.

Meanwhile the Detroit Police Department will be the first to tell you, they are actively recruiting.

For more information about careers with the Detroit Police Department, go HERE. 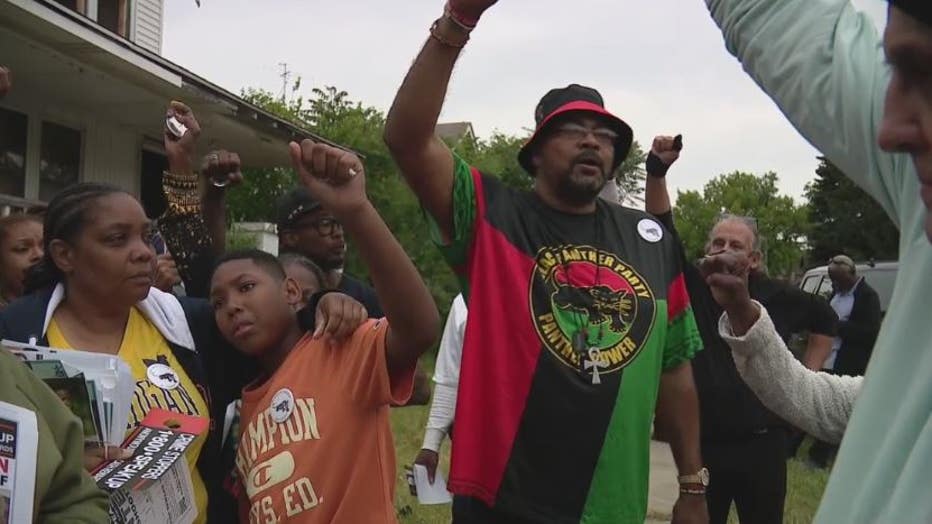