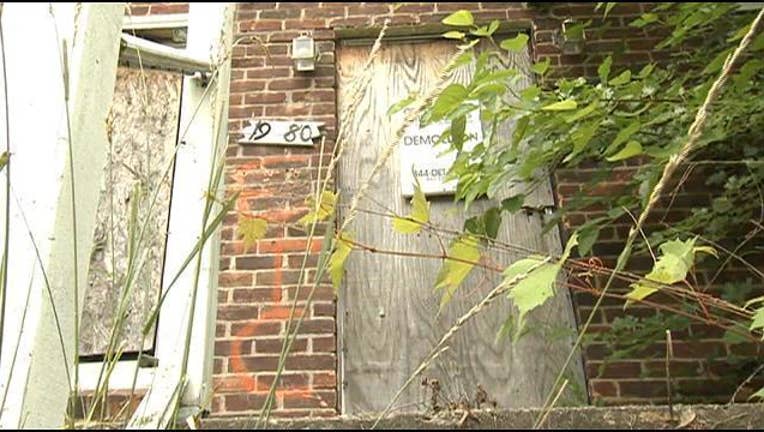 More than 24 months ago, the city of Detroit announced it would tear down more than 80,000 vacant homes. After a second look, Detroit officials say they can spare half of those homes and save millions in the process.

Dante Shipp protects and serves in more way than one. When he's not patrolling the streets, the Detroit Police Officer is fixing up the home next door. It sat vacant for six years and he fed up so he got to work.

"It's better to know that since we pay taxes and we work work hard to provide a living that someone else is going to do the same thing," Shipp said.

This home is one of thousands that Mayor Mike Duggan says can actually be salvaged. Why is it being spared now? A new report by the Blight Removal Task Force revealed roughly half of the 84,000 homes slated for demolition can remain standing.

"We're rolling into these neighborhoods, suing the owners of the abandoned houses, making them either fix up the house or we sell it. It's having a dramatic effect," Duggan said.

He said only about 39,000 have indicators of blight and can be saved.

"We are seeing neighborhoods coming back that maybe two years ago were deteriorating."

Deteriorating, yet renovated, like the one on Garyton Street. It was auctioned off for $10,000 then renovated and sold for $86,000. Toson Knight's now proudly moving into the home.

"I came out and looked at it and a few months later, I was signing the documents!"

Duggan says property values have gone up in 25 neighborhoods this year and says it's because of the people who fix up homes and decide to stay in Detroit.

"You have to want to be a part of the city's comeback and if the city is coming back, you'll benefit enormously," Duggan said.