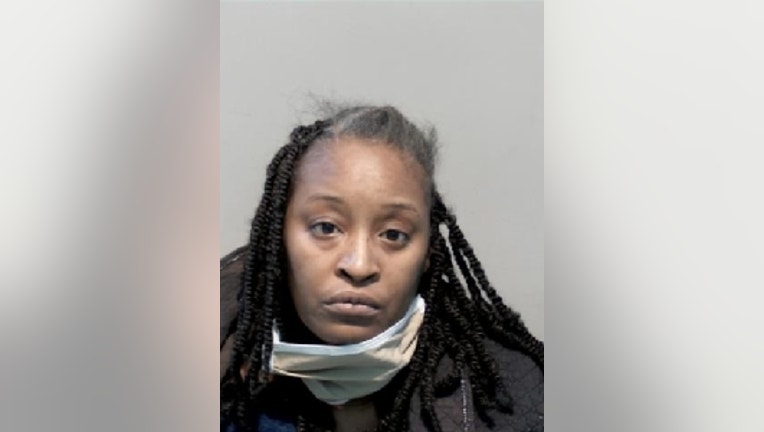 Reanetta Moore, 44, was arrested for stabbing her husband multiple times with a sword at their Detroit home Sunday morning.

DETROIT (FOX 2) - The Wayne County Prosecutor's Office announced Wednesday that a 44-year-old Detroit woman was charged in a non-fatal attack of her husband inside their home Sunday morning.

According to Prosecutor Kym Worthy's office, Reanetta Moore was charged with assault with intent to murder and more charges after Detroit Police said she cut her husband several times with a sword.

Chaotic scene in court with suspect in sword attack of husband

A Detroit woman is behind bars accused of attacking her husband with a sword. Police arrested her on Sunday after finding the weapon covered in blood.

Police said they were called to a home on Montrose Street on the city's west side around 6:30 a.m. on Sunday. Detroit Police officers said Moore and her husband got into an argument, she grabbed a sword and then cut him several times.

Police said the victim was lying in the living room bleeding and had wounds to his left side and back of his neck.

Detroit Police said the sword was found in the dining room with blood on it. The victim was taken to the hospital. His condition was not released.