Rodney Sellers was stranded on the side of the road, unable to get home - after his electric wheelchair broke down.

STERLING HEIGHTS, Mich. (FOX 2) - First responders in Sterling Heights are going above and beyond the call of duty to help a man in need.

Rodney Sellers was stranded on the side of the road, unable to get home - after his electric wheelchair broke down.

"'How am I going to get back?'" he said, repeating the one thought running through his mind. "I got off the bus and I was riding and the chair just went out, and I was like 'Oh man, I've gotta get back.'"

It was Friday night around 9:45 p.m. and Rodney’s motorized wheelchair had a dead battery, and he called 911.

Rodney was stranded about half a mile from his assisted living facility near Lakeside Mall. It was dark out and Rodney was a little nervous.

"I had my phone flashlight so if anything did (happen) I could wave it at cars, I didn’t want to get hit either."

Sterling Heights police and fire showed up and decided to push Rodney home. The whole thing was captured on police body cam.

"It kind of sounds crazy but, I can push him pretty good if you guys stay behind me," one of the officers said on the recording. "I don't mind with the workout, I'm going to push it."

"They had to come up here like a real steep hill, and pushed me all the way to my room, I felt like a celebrity," Rodney quipped. "All this attention is real nice."

"Our interactions with our citizens are 98 percent, 99 percent of the time positive," said Lt. Mario Bastianelli. "We strive in Sterling Heights to go above and beyond, to provide better service - to our residents any which way we can."

"They had to take turns you know because I heard a couple of them huffing and puffing, I’m kind of heavy and the chair is heavy too," Rodney said. "It was an amazing sight, I wish you could have seen it, I should have videotaped it but you don’t think about that when you're in trouble." 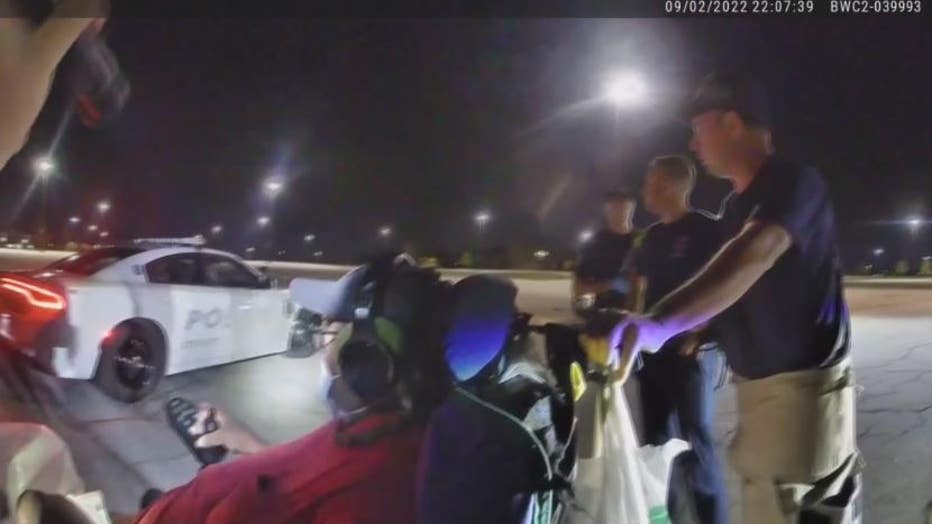