The Macomb County dispatcher has been placed on leave and is being investigated by the prosecutor’s office after allegedly using the Law Enforcement Information Network or L.E.I.N. to harass her ex boyfriend’s previous girlfriend and his new one.

ROSEVILLE, Mich. (FOX2) - A Macomb County dispatcher is under investigation after using the Law Enforcement Information Network to harass her ex-boyfriend's previous girlfriend - and his current one.

The dispatcher is 41-year-old Rachael Collins of Roseville, who has been placed on leave amid the allegations.

L.E.I.N.  access is restricted to criminal justice organizations. The computer network helps police officers do their jobs by providing things like a person’s criminal record, information on missing persons, people on the National Sex Offender Registry, those suspected of terrorism, and much more.

"It's not right, it's not right at all," said neighbor Jack Dunn. "People take advantage of the computer system and do things they shouldn't do."

"Rachael’s a really nice person and I see her with her daughter all the time and I couldn’t imagine her doing anything fraudulent like that," said neighbor Kandace Bashaw.

Investigators say a man told cops he dated Collins and start having problems after ending their relationship namely, his former partner and new female friend getting harassing phone calls from a spoofed number.

Investigators say the man believed that Collins used her access to LEIN as a dispatcher to get personal information on both women.

In 2019 Collins won an award for Dispatcher Of The Year.

Police sources say it was shown Collins did indeed conduct a check on at least one of the women through LEIN without having proper law enforcement reasoning to do so.

"I couldn’t imagine her doing that. She seems like a very nice woman,"  That’s not the Rachael I know."

Collins is facing a felony charge relating to alleged impermissible use of personal information and turned herself in to District Court in Clinton Township.

She was given a $5,000 personal bond and will face a judge on October 3rd. 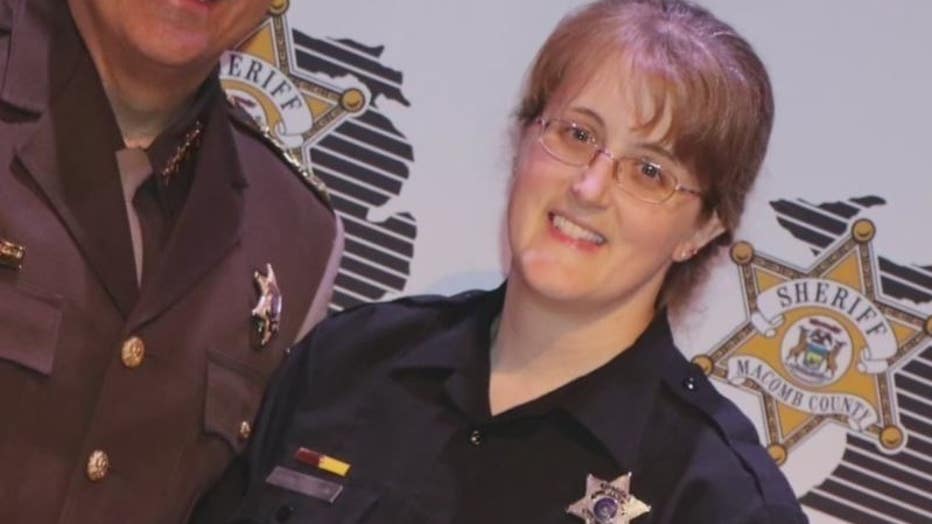