DETROIT (FOX 2) - Wayne State and Detroit police are on high alert after two young women were beaten and robbed of their purses in the heart of Midtown.

"I'm pretty sure this is going to haunt me forever but it could've been worse, that's what I keep telling myself," one victim said.

With the what ifs still swirling around in her head, the 23-year-old Wayne State University student, standing beaten and bruised, hopes her story doesn't become someone else's again.

With the what-ifs still swirling around in her head, the 23-year-old Wayne State University student, standing beaten and bruised, hopes her story doesn't become someone else's.

"Don't ever walk alone," she said.

The psychology student was the first of two women attacked outside their apartments on Prentis Street near Second Avenue. This young woman says on October 8 around 9:30 p.m., she walked out of her apartment to take out her garbage, still wearing her crossbody purse.

"I wear them just because I assume they're going to be safer ... They're harder to take," she said.

Getting rid of the trash, she said she started walking to a nearby Jet's Pizza but changed her mind. She was walking back and pulled out her cell phone to call her boyfriend, but the talk only lasted a few seconds.

"Somebody comes running up behind me, attacked me from the back. As soon as I turned around, all I saw was a punch to my face," she said.

Screaming for help, the petite student said the man, wearing all black, threw her to the ground.

"One of the security guards from Third Street Bar luckily heard, started running over, scared him off and tried chasing him too," she said.

Police believe the same purse snatcher attacked another woman early Sunday morning on the same street. That 24-year-old tells FOX 2 that as she'd been turning her key in her apartment door, a man in a black hoodie pulled her purse, then another man pulled her to the ground, punching her and even covering her mouth as she tried to scream. The young woman bit his finger as hard as she could, but the two men got away with almost all of her belongings. 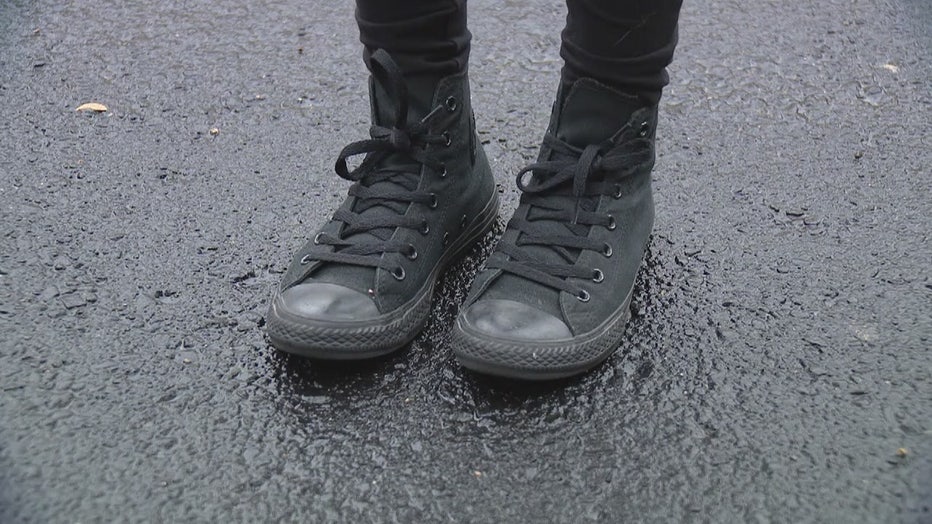 "I'm assuming she might be just as spooked and scared as I am. We both have to hang in there," the first victim said.

Detroit police and Wayne State police are working together to find the men, and Detroit police sources say they have some very strong leads. These women are praying they're caught before there's a third victim.