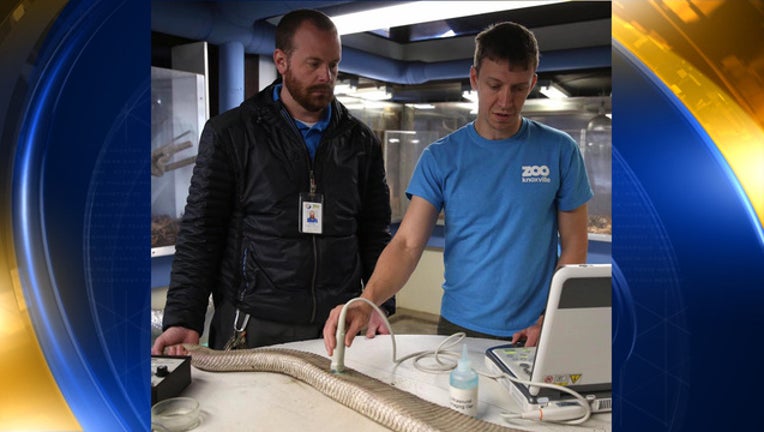 KNOXVILLE, Tenn. (AP) - Officials say an "environmental cause" appears to be behind the recent deaths of 33 reptiles, nearly all of them snakes, at Zoo Knoxville.

The animals found dead last week were all housed in the same building in the zoo's reptile area. Surviving animals were removed and given oxygen.

"The zoo's vet team responded immediately, evacuating animals, giving them oxygen and checking unresponsive animals for heartbeats with an ultrasound. Of the 52 animals housed in the building, 33 succumbed," zoo officials wrote on their Facebook page over the weekend. "Among the fatalities were our forest cobra, albino Eastern diamondback rattlesnake and three critically endangered species, the Louisiana pine snake, Catalina Island rattlesnake and Aruba Island rattlesnake. It was a heartbreaking day."

The Knoxville News Sentinel reports that an exact cause remains unknown. But Zoo Knoxville President and CEO Lisa New said Sunday that officials believe the deaths were not due to disease but to "an environmental cause."

New called the deaths a "devastating and catastrophic loss," adding that several endangered or threatened species breeding programs were lost.

The building where the deaths occurred was home to 52 animals. It has been closed while an investigation continues.