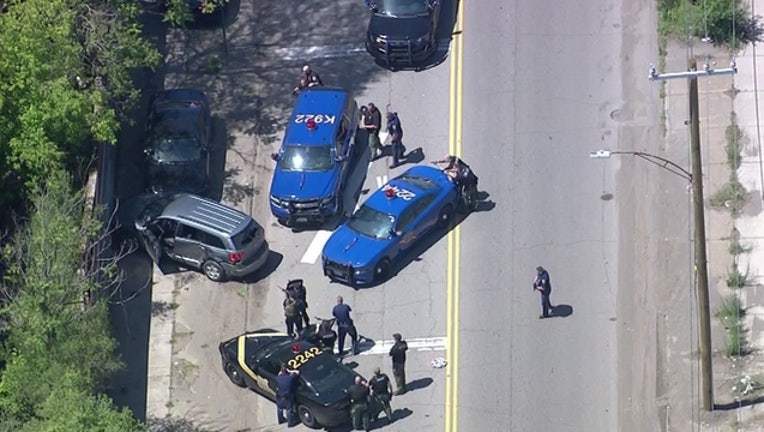 DETROIT (FOX 2) - The driver of a car involved in a police chase Monday through southwest Detroit that led to the passenger's death has been charged with second-degree murder.

According to the Wayne County Prosecutor's Office, the man has been identified as 29-year-old Christopher Lee Cavin of Detroit.

On Monday, June 3, police attempted to pull Cavin over near Michigan Avenue and 31st Street, with 41-year-old Kevin Pudlik riding in the passenger's seat. Cavin allegedly failed to stop and sped off in his car, which had no license plate. He then led police on a chase along I-75 near Springwells for several minutes, as Michigan State Police joined.

The prosecutor's office says Cavin and Pudlik allegedly made gestures as if they were retrieving something at their feet. Then the vehicle spun out of control near West End Street and West Fort Street and came to a stop.

Officers jumped out of vehicles and attempted to arrest Cavin, who nearly pinned a police officer in between his car and a concrete wall as he attempted to speed off. Police say that's when they felt as if their lives were in danger and began firing into the car, hitting both men.

Cavin was hurt and taken to a local hospital, while Pudlik died from his injuries. Friends told FOX 2 he became paralyzed several years ago.

The prosecutor's office says police found two loaded handguns on the floorboard in the front passenger compartment of Cavin's car, along with cocaine and MDMA/Ecstasy.