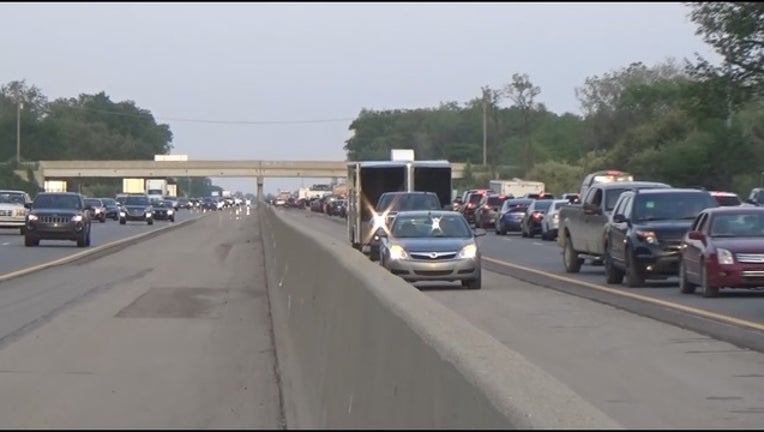 Drivers heading east on I-96 Wednesday evening were met with an accident blocking all lanes of traffic in the Milford area.

The accident happened just after 7 p.m. on I-96 east between Milford Rd and Wixom Rd. The accident backed up the interstate the Kent Lake exit, number 153.

The accident has closed the interstate for two hours and is expected to be closed for several more hours. According to officials, a semi-truck crushed a car, sending the driver of the car to the hospital with critical injuries.

The closure caused some drivers to turn around and head the opposite direction on eastbound I-96.

FOX 2 Facebook fan Harry Kirk uploaded a video showing dozens of drivers turning around on the interstate and heading away from the scene:

Kirk told FOX 2 that firefighters had to use jacks to lift the truck off of the car.

MDOT called the accident a serious crash and said the freeway would be closed for an unknown time frame.