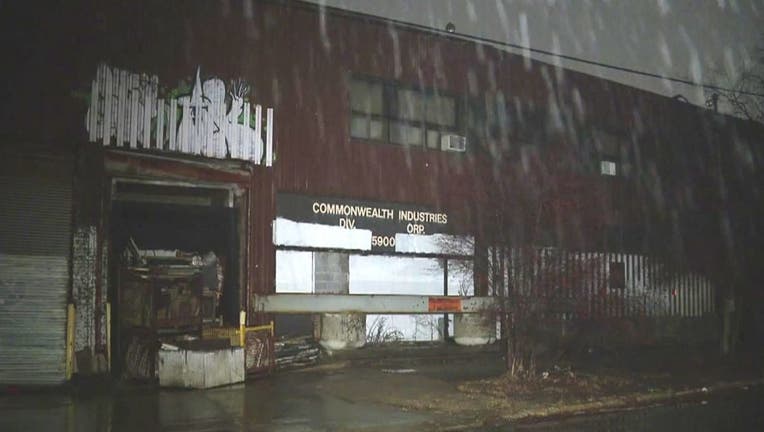 FOX 2 - The Michigan Department of Environment, Great Lakes, and Energy say no contaminates were dumped at sites in Detroit or Sanilac County owned by polluter Gary Sayers.

Using partial testing, EGLE said that water and soil samples do not contain the chemicals from his former Electro Plating Services that led to the leaking ooze investigation which seeped onto I-696 in Madison Heights recently.

Initial surface water and soil sample results from a Sanilac County property owned by convicted polluter Gary Sayers do not indicate that contaminants from his Electro-Plating Services operation were dumped at that site.  EGLE said it plans additional investigation at the location.

A release by EGLE said at that property, testing of liquids found in concrete pits detected heavy metals in the wastes but no hexavalent chromium or semi volatile organic compounds (SVOCs).

The rest of the release by EGLE said:

"The metal results indicate the liquids (at the Commonwealth site) will need to be disposed of as non-hazardous waste. Results from PFAS testing of the liquids will be provided from a third-party lab next week. Once PFAS results are available, wastes from the pits will be vacuumed directly into a truck and hauled for proper disposal.

"Sayers, currently imprisoned for repeated violations of environmental laws, owns three Michigan properties currently under investigation by EGLE and the U.S. Environmental Protection Agency. His shuttered business Electro-Plating Services in Madison Heights has been the focus of intense scrutiny and emergency response since contamination was discovered along the I-696 highway embankment on Dec. 20. 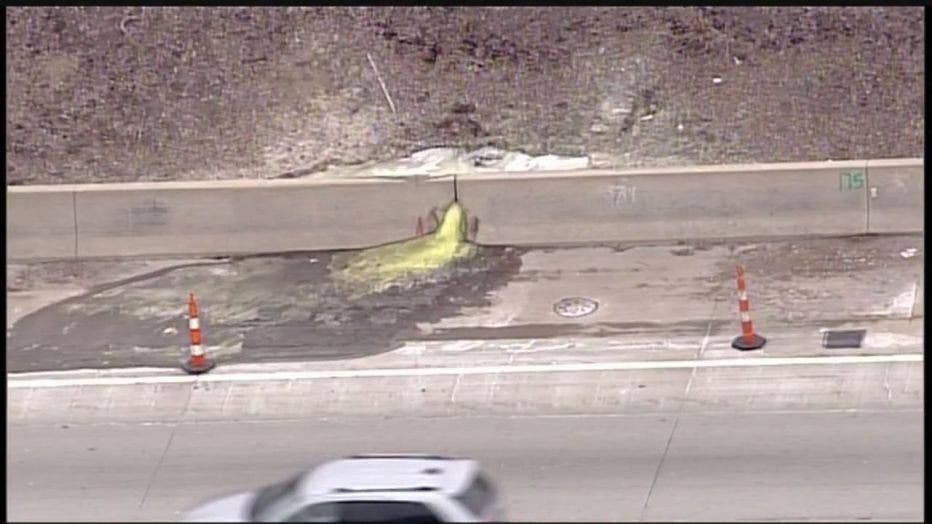 The Michigan Department of Environment, Great Lakes says the green ooze leaking on 696 is not hazardous to water or the air

"At the Sanilac County location, the release it said that surface water test results for a creek on the property show no detectable levels of volatile organic compounds (VOCs) or heavy metals that exceed surface water quality criteria.

"Samples both upstream and downstream from an empty drum found in the water showed no levels of contaminants exceeding standards.

"Soil samples taken from the site, including one next to an empty drum labeled for hazardous waste, show no detectable levels of several chemicals typically used in plating operations, including trichlorethylene (TCE) and hexavalent chromium. The soil samples did show the presence of silver, mercury, selenium and total chromium, but below levels that would indicate concern for public health. Those results are still being analyzed.

"EGLE plans to survey the property, including the use of ground-penetrating radar, to determine if there are potential disturbed areas where drums or chemicals may have been dumped or buried on the site.

"In other updates by EGLE on the case: The city of Detroit will complete fencing of the Commonwealth property Jan. 22 to restrict access to outside areas at the site. EGLE completed securing access to the building Jan. 11.

"Significant debris near pits and drains/sewers at Commonwealth will need to be cleared to allow EGLE’s Remediation and Redevelopment Division staff to collect soil samples from the property. Permission to clear the debris through the property owner or through City of Detroit authority will need to be obtained and may pose a time impediment."

"EPA officials conducted additional soil and groundwater testing to the south side of 10 Mile Road in Hazel Park (across from Electro-Plating Services) to determine if contaminants have migrated to the south.

"EGLE collected samples from two drinking wells at residences across the road from the Sanilac County property. The samples are expedited, with results expected in approximately two weeks."