In-person learning at one Eastpointe school has been paused due to a lack of teachers.

EASTPOINTE, Mich. (FOX 2) - Eastpointe Middle School is back to remote learning this week, with the school saying a lack of teachers is the reason.

"We got an email last week basically saying that there was an issue with the building," said one of the parents, Chantiera.

The "building issue" which closed Eastpointe Middle School last Thursday and Friday was caused by a shortage of teachers, said the district superintendent.

"In this particular building, at last count, I had six openings for about 25 staff," said Dr. Ryan McLeod.

The middle school initially had three teacher openings - but last week when three additional teachers abruptly resigned, that led to the six vacancies leading to virtual learning for this week.

"When you have employees or multiple employees who gave no notice right out the door it takes time to backfill that," McL:eod said.

The superintendent says the lack of staffing at this middle school is a trend that’s being felt in industries all across the workforce, and the reasons for the teacher departures vary.

"There is all kinds of different reasons," he said. "We’ve had people leave for other employment in other schools, where they have the opportunity to receive additional pay in another district,  we've also had people leave the profession of teaching altogether."

That middle school is a campus for nearly 400 sixth and seventh-grade students. The plan is for the students to return to face-to-face learning on Monday, Sept. 27th

"The American Federation of Teachers, they have put out a call out to retirees," McLeod said. "We have a new influx of potential candidates trying to process as quickly as we can."

But for now it’s a return to online learning. Some students are upset over the transition… even if it is …short term

"When you’re in school you learn more," one teen said. "I don’t like virtual."

When most school districts have a teacher shortage a substitute teacher is the answer but not in this case.

"Nobody has substitute teachers that’s the other problem," McLeod said. "The vendor that we use, said it has a 600 percent increase in requests for open jobs across the state." 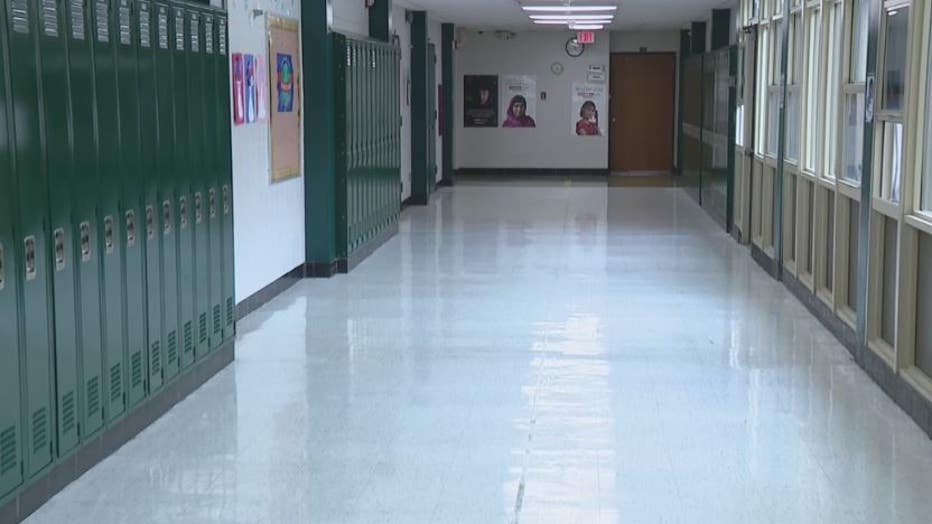 But the middle school is not the only building in this district with a teacher shortage. District-wide there are currently 43 teaching vacancies.

"If I don’t have people to run schools I can’t keep them open," McLeod said. "This could be extended or it could happen in another building."