What’s the difference between mail-in and absentee voting?

President Trump has repeatedly attacked voting by mail as a less secure process than absentee voting, leading to confusion about the two terms.

Can you trust the U.S. Postal Service to deliver your ballot on time?

If you plan on voting by mail, election officials say it's best to do it as early as possible so your ballot gets to its destination well before Election Day, which is Nov. 3.

Postal officials have repeatedly said the agency has more than enough capacity to handle the surge of ballots this fall, and its leaders have committed to prioritizing election mail. But on-time delivery rates vary widely depending on where you live, and the service has been falling short of its internal goals to deliver all first-class mail within five days.

RELATED: Election 2020: Can voters fix an error on a mail-in ballot?

On top of that, each state has different rules on whether it accepts mail ballots that arrive after Election Day. Some policies are the subject of court cases and could change before Nov. 3, so voters should check with their local election officials if they're unsure.

All that is to say, the earlier you mail your ballot, the better.

It has been a tumultuous few months for the Postal Service. This summer, the agency's new leader, Louis DeJoy, a major donor to the GOP and President Donald Trump, set in motion a series of controversial policy changes that have delayed deliveries nationwide. 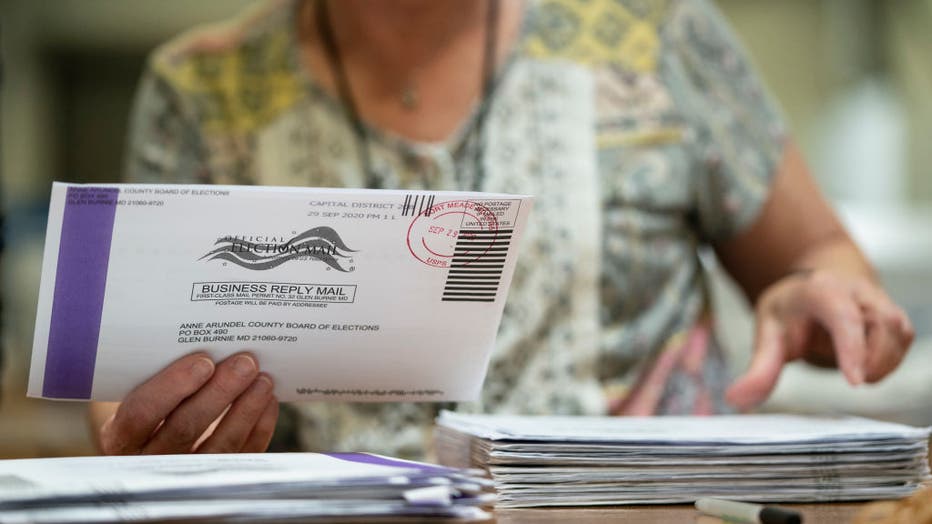 A canvasser processes mail-in ballots in a warehouse at the Anne Arundel County Board of Elections headquarters on October 7, 2020 in Glen Burnie, Maryland. (Photo by Drew Angerer/Getty Images)

Then, not too long after DeJoy took over, Trump openly admitted he was starving the Postal Service of coronavirus relief money to make it harder for the agency to process ballots. The combination of Trump's remarks and DeJoy's policies have led to a lot of distrust in the agency and fears about political manipulation.

The Postal Service has been sued several times in multiple states over the policy changes and has been handed a series of bruising court decisions blocking them. One judge in Washington state called them “a politically motivated attack on the efficiency of the Postal Service” before the election.

RELATED: Mail-in vs. absentee voting - here’s what you need to know

So, if you're worried about voting by mail, what should you do? Consider early voting options in your state, check if your area has ballot drop boxes or go to the polls on Election Day.

Otherwise, return your ballot early and don't wait until the last few days.