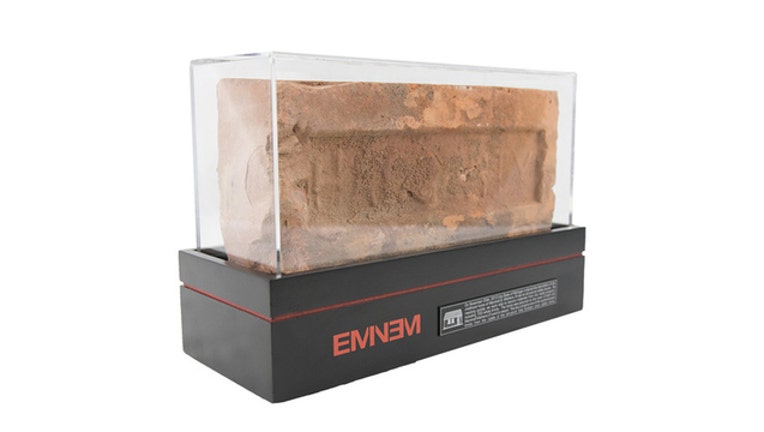 DETROIT (WJBK) - To celebrate the 16th anniversary of The Marshall Mathers LP, Eminem is selling a unique collectible -- bricks from his childhood home.

The house, 19946 Dresden Street, was featured on The Marshall Mathers LP and its sequel. It was located just south of Eight Mile Road near Hoover Street until its demolition in 2013 due to structural safety issues. He was able to secure materials before it was demolished, though.

Eminem says on his website that 700 bricks from his home are available, and they will all come autographed and with a plexiglass enclosure.

Other memorabilia is available for the The Marshall Mathers LP anniversary, too, including t-shirts, dog tags and a cassette re-release. You can look at all the anniversary packages available on Eminem's website here.

Packages that include the collectible brick start at $313, which also happens to be the area code that serves Detroit and some of its closest suburbs.

Eminem says some of the proceeds will be donated to The Marshall Mathers Foundation for its continued mission to help rebuild the city.