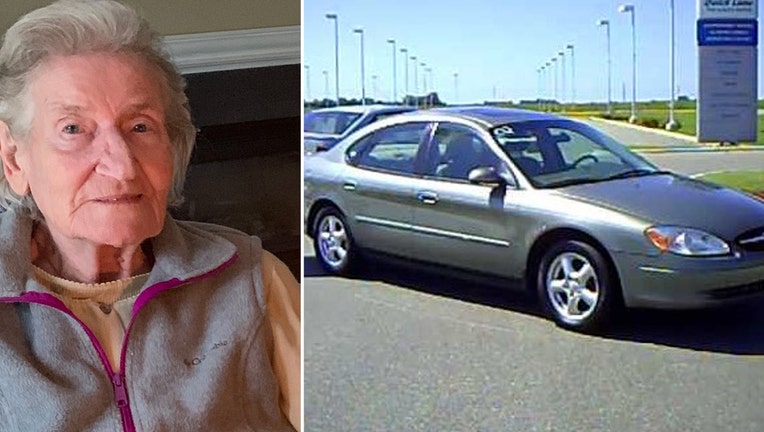 Police released this photo of Irene Kin, and a stock photo of a 2002 light green Ford Taurus

TRENTON, Mich. (FOX 2) - Authorities have issued an Endangered Missing Advisory for an 86-year-old woman missing out of Trenton.

Irene Kin was last seen by a neighbor in the early afternoon hours of Feb. 1 in the 2300 block of Pine Tree. Her family says she likely went to church that day, which is at 4 p.m. But her family hasn't seen or heard from her since.

Irene's family says she drives only occassionaly and does not leave the Trenton area.

If anyone has seen Irene or knows of her whereabouts, they're asked to call the Trenton Police Department at 734-676-3737 or contact Michigan State Police.