The dirty deed don heads to court after Wolchek investigation

Jack B. Wolfe has been inducted to Rob Wolchek's Hall of Shame before, but now police have forced him to face a judge.

Wolfe is the disgraced mortgage man, alleged ‘dirty deed Don,’ and the subject of two of Rob Wolchek investigations this year alone.

Rob Wolchek "So you're just a totally innocent party here?"

Wolfe: "I didn't say that," in a previous meeting last February.

And these fugitive task force officers are armed with felony arrest warrants.

"He needs some prison time so maybe he'll think about it," said Donna.

Think about the houses Donna says Jack B. Wolfe stole from her and her family - with a little help from someone prosecutors say is a nasty notary - Cordia Pennington.

In February Rob Wolcek introduced you to Donna and her deed dilemma. A house on Kirby Street in Detroit was left to her by her father George Booth.

But when she and her daughter Rhonda started to fix the house up, there was a big problem.

"The deed had been changed and they said my dad changed the deed," Donna said.

Yep, records claimed George Booth had quit claimed the house to a company with a registered agent named Jack B. Wolfe.

But Donna knew this was a fraud because the deed was supposedly signed by her dad in 2017 - two years after her father George Booth died.  Donna even brought Rob her father's ashes for proof.

Then, Donna found out there was another house her family owned had been quitclaimed to a company associated with Jack B. Wolfe - but this quitclaim deed was supposedly signed by Donna herself.

"That's not my signature and I did not sell it," she said last February.

Donna couldn't find Jack B. Wolfe - but Wolchek did. He was outside his office on Orchard Lake Road yelling at somebody on the phone. A little while later he was yelling at Rob.

Wolfe: "Have you ever been taken to a court of law?  Have you ever had your deposition taken because of a story that you did? Because you're about to have that happen to you."

That clip is from a story that Rob did in May when cops and city officials were ordering Jack to shut down some marijuana grows he was operating. 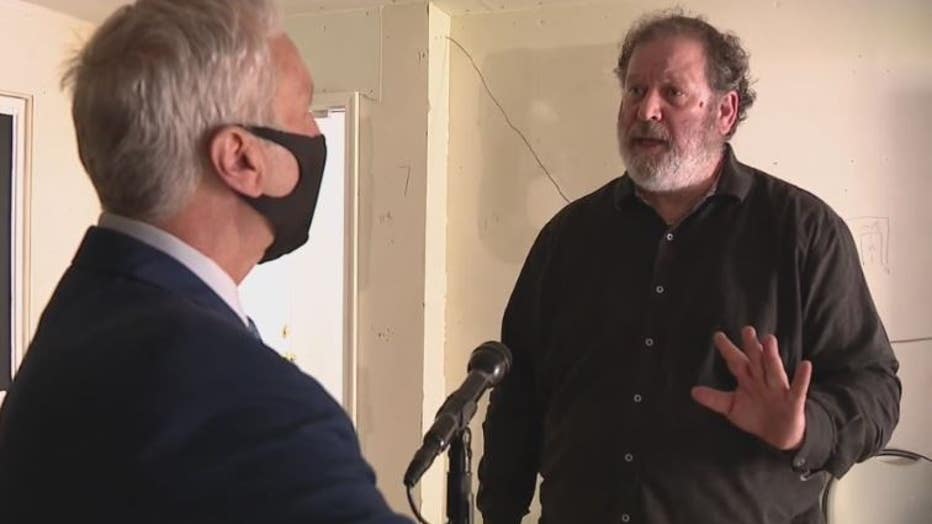 Jack's a real dandy of a guy.  Attorney Discipline Board documents show he was once a lawyer who got suspended and never got his license back.

He was also the CEO of a company called Loan Giant which was shut down by the state office of financial and insurance services in 2004 with a cease and desist order because of a "pattern of fraud, deceit and material misrepresentation."

And the US Attorney's Office filed a complaint against Jack and his company for violations of the false claims act. The company was ordered to pay millions in restitution.

Wolchek: "So you were involved in a mortgage scam?"

Wolfe: "Not really, but go ahead."

Wolchek: "You guess so? Did you pay it?"

Last winter when Rob met with Jack he tried to get him to answer questions about Donna's deeds - and the alleged forged signatures - but he never came clean.

Wolchek: "So you didn't approve this?"

Wolfe; "I have no idea what that is and I told them they have to stop it.  It has my name on it and iI don't want my name on it."

Wolchek: "Who told you this?"

Wolfe: "The owners of Mazbac."

At the time, the only name associated with Mazbac was Jack's.

What did Donna think of Jack when she saw Rob's story?  Not much.

"I thought he was very nonchalant, very cavalier," she said. "He didn't care that he had hurt someone or had taken someone's home or anything. It seemed like it was just another day in the life of Jack B. Wolfe."

Wolchek: "So this guy right here, this George Booth. Do you remember him?"

Wolchek: "Well you wouldn't remember him because he's dead."

"She probably doesn't remember because nobody ever appears with the paperwork," Donna said. 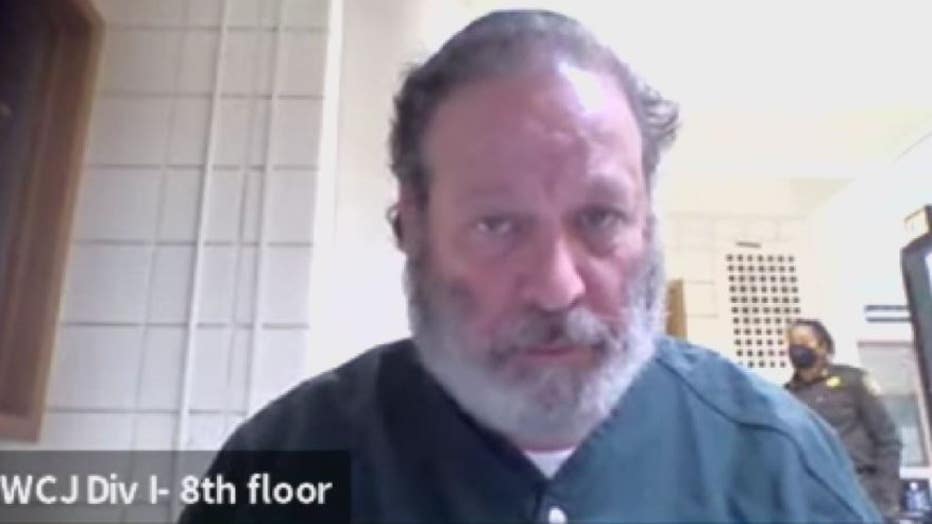 Jack B. Wolfe in court.

But Jack didn't turn himself in so the police came out in force to his Southfield home.

Jack B. Wolfe must have gotten the message - because he finally turned himself in and was arraigned via Zoom from the Wayne County Jail.

"The state of Michigan versus Jack Benjamin Wolfe," the judge said.

His lawyer put quite a spin on Jack's story.

"He was an outstanding practicing attorney for a number of years," said Anthony Clements. "He then transitioned  into the business sector where he ran a successful and healthy business as well."

A not guilty plea was entered on his behalf and Jack B. Wolfe was released on a $10,000 personal bond. But Jack will be back in court next month.

Wolchek contacted both Jack Wolfe and Cordia Pennington and spoke with each of their attorneys.

Jack's attorney had no comment but Cordia's lawyer Brent Jaffe says,"Cordia absolutely denies all allegations. We are confident we will prevail. She is innocent of  all charges."