FOX 2 - This is George Booth's house.

"We've had it in the family for like 100 years," said Donna, his daughter.

Meet Jack B. Wolfe, a former attorney connected to a number of deeds including one for a dead man signed by him after he died.

This is a quitclaim deed from 2017 transferring George's house to someone his family doesn't know.  What's George got to say about it? He passed on. George died in 2015, two years before he supposedly signed the document.

"That's not his signature because clearly he's not here," said Rhonda, George’s granddaughter.

Rob Wolchek is going to take you on an adventure into dirty deed-land a place where the notaries seem to forget their notes. And the guy who seems to be knee-deep in deeds denies he's the top deed dog.

Wolchek: "So you're just a totally innocent party here?"

Here is the deed that started Rhonda's nightmare.

"We discovered it when we were trying to get a loan to finish the renovations on the house," Rhonda said.

According to Rhonda, her grandfather George left the house to the family when he passed away in 2015. But, according to this deed, George Booth signed the house away to a company called Mazbac, LLC.

"The deed had been changed," Donna said. "And they said my dad had signed the deed."

That's George's daughter Donna. She knows the signature is a fake, because her father George was dead when it was signed and notarized.

Then, out of curiosity, Donna looked at another house that was left to her in a family inheritance. It is a house on Grandville Street, but to her shock, that house had been quitclaim deeded to a company called Wayne County Community LLC, and it's signed by, of all people, Donna herself.

"That's not my signature and I did not sell it," she said.

Both of these deeds were notarized by a licensed notary public named Cordia Pennington. 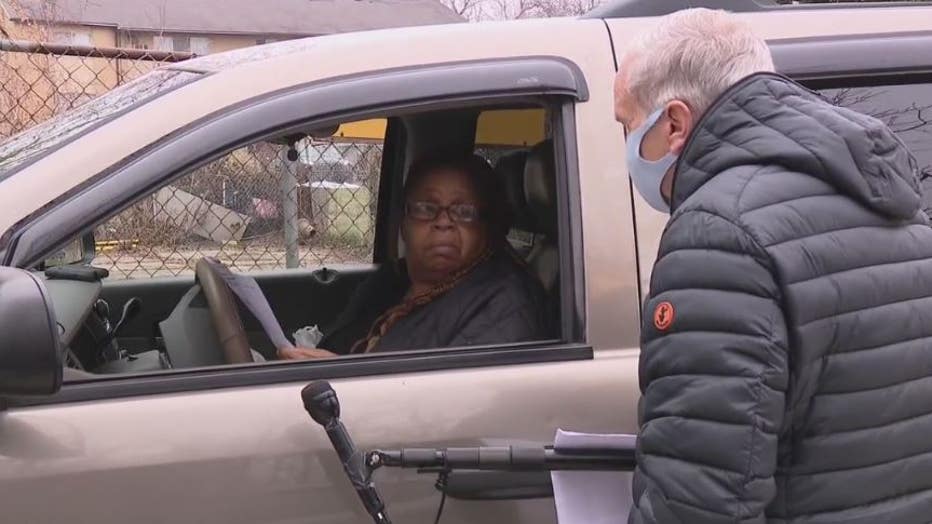 "They just told me don't say nothing," Cordia said. "Let the attorney ..."

Wolchek: "Who told you don't say anything?"

Rob will introduce you to Cordia in a bit.

So who is Jack Wolfe?  That's him, yelling on the phone with someone and sitting in an SUV that's registered to a dead guy.  Oh, and it's a different dead guy than George Booth.

It is all kind of suspicious and Jack B. Wolfe has certainly got a suspicious past. The attorney discipline board documents show he was once a lawyer who got suspended and never got his license back.

He was also the CEO of a company called Loan Giant, which was shut down by the state office of financial and insurance services in 2004 with a cease and desist order because of a "pattern of fraud, deceit and material misrepresentation."

And the US attorney's office filed a complaint against Jack B. Wolfe and his company for violations of the False Claims Act. The company was ordered to pay millions in restitution. Wolfe was personally ordered to pay $183,000.

Wonder if he paid? Wolchek will ask him but first, he has got to find out about George Booth signing over this deed - after he was dead.

Wolchek: "So you didn't approve this?"

Wolfe: "I have no idea what that is and I told them they have to stop it. It has my name on it and I don't want my name on it."

Wolchek: "Who told you this?" 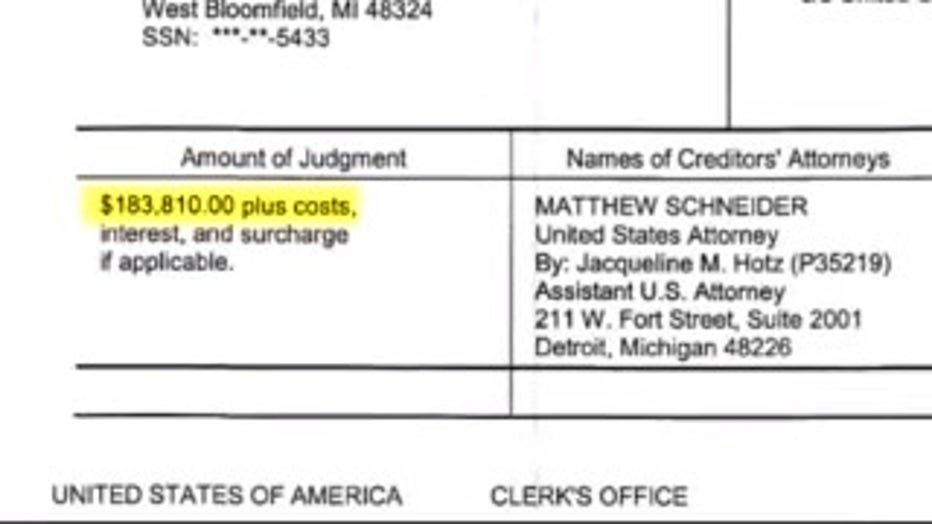 The judgment against Jack B. Wolfe

Wolfe: "The owners of Mazbac."

Jack just said he doesn't know 'what that is' he now says the deed form was accidentally sent to whoever the anonymous owner of Mazbac is.

Wolfe: "I said this can't go on. You can't, you asked for a form and this accidentally was sent to you, I'm not the..."

Wolchek: "So who's in charge of Mazbac? Who did this?"

Wolfe: "You need to do your further research and figure it out."

Yeah, the problem is, at the time of this confrontation, the only name and address listed with Mazbac is Jack Wolfe's.

Let's move on to the deed where Donna supposedly signed her house over to another company with only Jack Wolfe's name and address on the paperwork.

Wolchek: "Here's another one. Exact same thing, but this one doesn't go to Mazbac, this one goes to Wayne County Community LLC, isn't that your company?"

Wolchek: "who's company is that?"

Maybe Rob will have better luck with Cordia Pennington, the lady who notarized the deeds.

Cordia: "I would talk to you, but I don't even know what's going on."

But she closes the car door.

Now Rob hasn't even told Cordia what exactly he wants to talk to her about yet, but she seems to already have an idea. 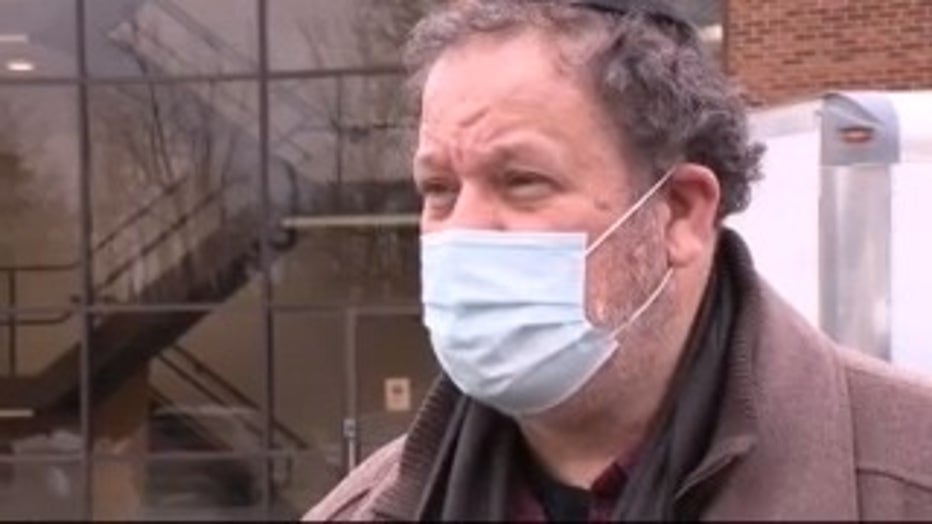 Cordia: "I don't know what's going on about something that was notarized and that was two years ago and I don't remember."

Wolchek: "This is the paper, right? And see, you notarized it in 2017. That's your notary stamp and that's your signature?"

Wolchek: "So who do you do that notary for?"

Cordia: "I was with a mortgage company and we was notarizing the mortgage people."

Wolchek: "So this guy right here, this George Booth. Do you remember him?"

Wolchek: "Well you wouldn't remember him because he's dead."

Cordia goes inside and she makes Rob wait - and she changes her story.

Wolchek: "What mortgage company did you work for?"

Cordia: "I didn't work for a mortgage company."

Wolchek: "I thought she said she did."

When Rob gets back to the station, he starts thinking about something Jack B. Wolfe said.

That's funny because even though Donna and Rhonda hired an attorney, they haven't filed their suit yet. But Wolchek found someone who has.

"Jack Wolfe is certainly in the middle of this somewhere," said attorney Mark Pierce.

Pierce represents Tom, who has owned a commercial building in Corktown since the 1980s.

"Tom came to us because these people were putting eviction notices on his property," he said.

And guess whose name was on the eviction papers?

"The very first time when they left that piece of paper with a phone number, it said Jack," Pierce said.

Yes, it happened to Tom, too. He says somebody forged his signature on a quitclaim deed giving his property to an entity known as West Cork LLC. The registered agent? Jack Wolfe.

Attorney David Goukassian says the defendants had been fighting the case.

"We received an order from their attorney basically conceding that according to our position that the deed that was filed was in fact, void," he said.

This change of heart happened just days after Rob had spoken to Jack Wolfe.

"All we know is that we got Tom's property back and we think you helped," Pierce said.

A few days later Wolchek goes back to Cordia's house but she won't even get out of her car.

Cordia: "To be honest, the less I know, the better I feel."

Wolchek: "But the more I know, the better I feel."

And one thing Rob knows, is Jack B. Wolfe probably isn't a fan of his.

Wolchek: "So you've been in trouble before right? That's your thing right?"

Wolfe starts walking away, stops and throws his arms in the air.

Wolfe: "Oh, I don't want to make it seem like I'm walking away. I think that's a low blow, but go ahead."

Wolchek: "So you were involved in a mortgage scam?"

Wolfe: "Not really, but go ahead."

Wolchek: "You guess so? Did you pay that?"

Wolchek: "Well why didn't pay it?"

Wolfe: "Uh, went out of business."

Wolchek: "So you still have the judgment against you. So why don't you pay it?"

Wolfe: "Fact of the matter, I don't have the money to do it."

Wolchek: "By the way, why are you driving a car that belongs to a dead guy - that's registered to a dead guy?"

Wolfe: "Uh, it happened to be a house I bought and he sold me the house."

Wolchek: "Hiding your assets? Is that what you're doing?"

Wolfe: "No. Does this look like a hided asset? Well I guess maybe."

Jack Wolfe called Wolchek promising to tell him the person responsible for the deeds - but never called back and never responded to attempts to contact him.