FOX 2 - This is Jack B. Wolfe inviting Rob Wolchek and his cameraman into his house - his marijuana house.

Wolchek: "How are you Jack?"

This is Jack B. Wolfe inviting Rob Wolchek and his cameraman into his house - his marijuana house.

"He turned it into his own marijuana grow operation," said Chief Corey Haines Madison Heights police.

This is Jack B. Wolfe threatening Rob inside his marijuana house.

Wolfe: "Have you ever been taken to a court of law?  Have you ever had your deposition taken as a result of a story that you did, because you're about to have that happen to you."

Wolfe: "(Your) cameraman too."

And while marijuana may be legal in Michigan now - even cannabis advocates are against what Jack B. Wolfe is doing.

"I've got experience in the industry in Colorado," said Duncan. "This isn't some kind of cowboy thing that I do.

When Otis heard marijuana had been legalized in Michigan, he thought he'd get in on the boom.

"I ran across an ad, looking for an experienced grower," he said. "I applied for it, I got a response, I interviewed for it, and I became an employee."

Otis says Jack Wolfe would pop in now and then, but he was in charge of the plants.

"I even directly asked are these legal operations," Otis said. "The response I got, was every one of them was a licensed cannabis plant under the medical marijuana law in Michigan."

But Otis found out there was a problem.

"The city of Troy building inspector shows up and lets me know this is indeed and in fact, an unlicensed grow operation," Otis said.

Otis is a family man, although he's a pot farmer, and he says he has no intentions of breaking any rules and especially any laws.

"I felt like my family was in jeopardy as long as I was in arm's reach," he said.

"Otis, I mentioned to you, got paid almost $40,000 from us. He was fired because he was incompetent," he said.

Otis says he called because he saw Wolchek's first story about Jack - the one about deeds, not weed.

In February, members of a Detroit family said someone was trying to take away homes they'd inherited from relatives.

They said the houses were transferred to companies using quick claim deeds that had forged signatures. The company's registered agent? Jack B. Wolfe.

Jack denied he forged the deeds or had anything to do with taking the houses.

Wolchek: "So you're just a totally innocent party here?"

Jack is a shady guy.  Michigan Attorney Discipline Board records show he was once an attorney, was suspended, and never got his law license back.

He was also the CEO of Loan Giant, a mortgage company that the United States Attorney's Office says was involved in "phantom loans."

A federal judge ordered Loan Giant to pay millions in fines and Jack was ordered to pay $183,000 in restitution.

So did Jack really go from deeds to weed Wolchek went to find out.

Rob was by himself, with no cameraman and he saw some neighbors outside next to Jack's place here in Troy. They started talking, but little did they all know, Jack Wolfe was listening in."

"Rob by the way we can hear everything you're saying, you know our cameras do pick up voice, so we're hearing everything, you (expletive)," Wolfe said. 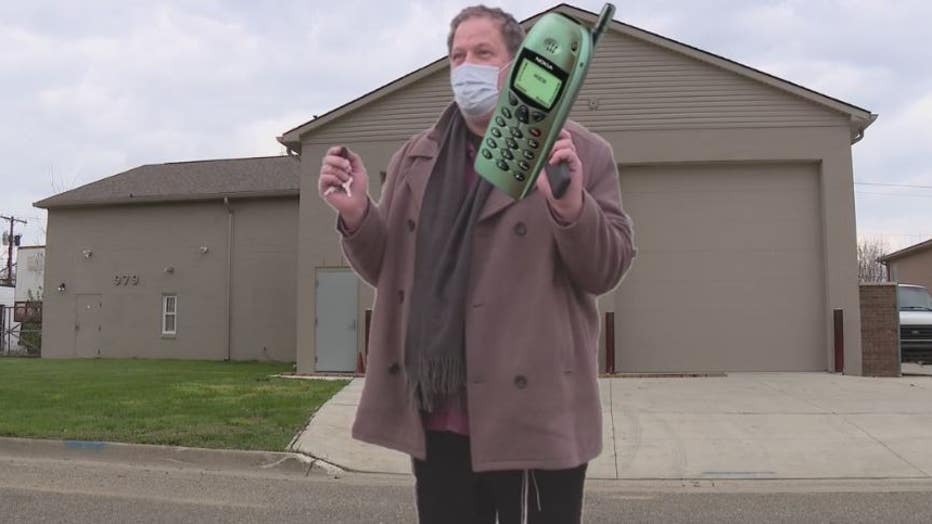 By the time Wolchek got back to the station, Jack left him three nasty messages.

"And you know you've caused me unnecessary embarrassment, and uh, I intend to do the same to you," Wolfe said.

Even though Wolchek never stepped foot on his property, apparently the grow house security system picked Rob up.

Jack Wolfe: "You're a hack, and you're a terrible hack. Why don't you just call me? Be a man."

So Wolchek did call Jack and he assured him everything he was doing at his marijuana grows was authorized.

But look at this: In Troy, just like Otis said, the building inspector told Jack to shut the place down.

In documents released under the Freedom of Information Act, "On 4/5/2021, I observed the subject site and noted the presence of unlicensed medical marihuana grow operation.

"At this time, there are no licenses currently available for new growers. the business must vacate the premises." 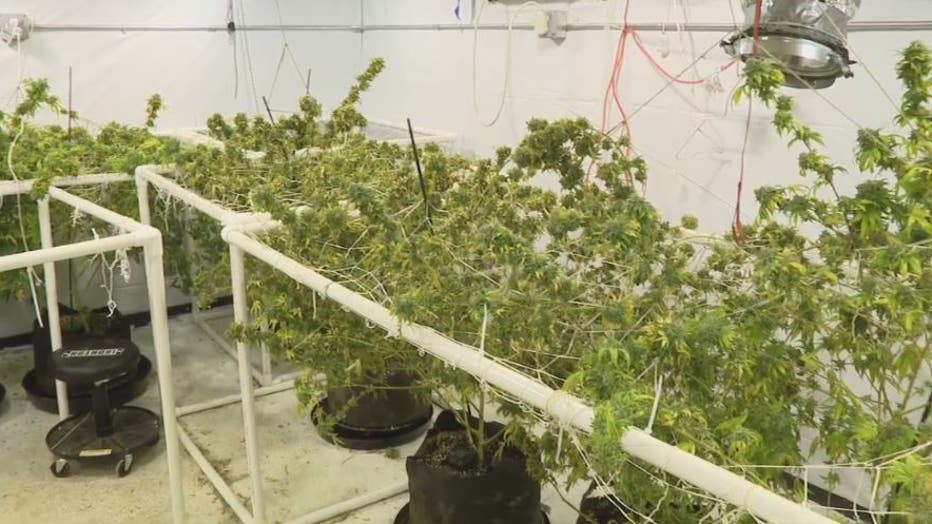 City administrators tell Wolchek that Troy doesn't allow any type of commercial marijuana operation in the city. They only license caregivers and Jack Wolfe never even bothered to apply.

They said, "We have never received an application from Mr. Jack B. Wolfe."

Otis also told Rob about a property in Iosco Township.

Wolchek: "You own that house too? Do you have any plants there?  That's what Otis said."

That brings Rob to Jack's grow house in Madison Heights, talk about homegrown. It is a home in the middle of a nice family neighborhood.

Corey Haines is the chief of police.

The cops called the owner and were met at the house by none other than Jack B. Wolfe.

"The entire house had been converted basically into a greenhouse," Haines said.

According to the police report, the house had been gutted, rewired electrically, and even the kitchen was ripped out to make room for plants.

The city ordered Jack to remove the illegal plants and convert the grow house back into a home by late April. And on that deadline, Wolchek was there with his cameraman to watch the inspection.

After some wrangling, Wolchek went inside where Jack said he is a licensed medical marijuana caregiver.

Wolchek: "If you're a caregiver you're only supposed to be servicing five or six people."

Let's hope not, because even pro-marijuana people say it's important that legal marijuana growers follow the rules.

"We're not going to collect the tax money that we're seeking, it won't all be tested as the regulated market is, and it just breeds disrespect for the law," said Matthew Abel of the Cannabis Council Law Firm.

Jack told us he's running his grow houses as a medical marijuana caregiver - not a commercial grower. 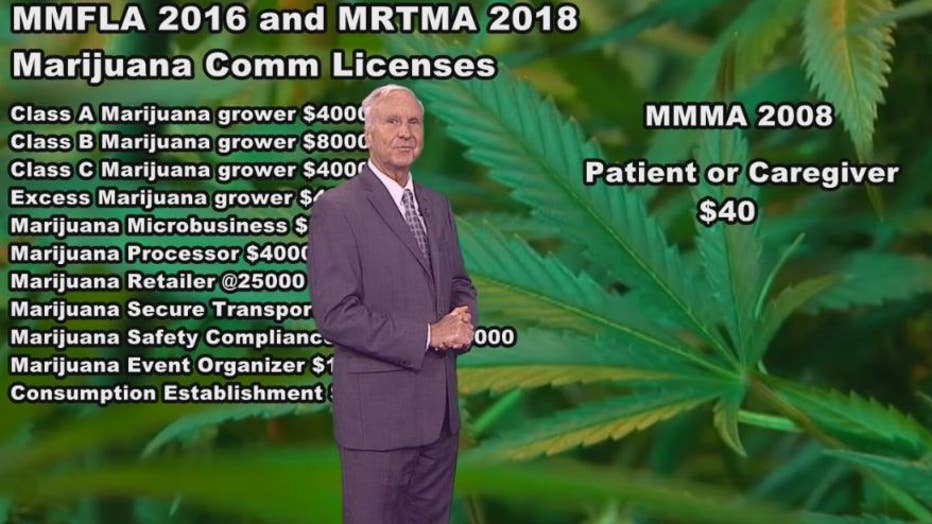 Here's the difference: The Medical Marijuana Facilities Licensing Act of 2016 and the Michigan Regulation and Taxation of Marihuana Act of 2018, allow the state's marijuana regulatory agency to license all these different types of commercial operations, from growers and transporters to sellers.

And it's not cheap, one type of grower application alone can cost up to $40,000.

Caregivers licenses, on the other hand, cost $40.

"I can be a caregiver for up to five other people.  Period.   End of story," Abel said. "So aside from my own 12 plants, I can grow only 60 plants for other people."

But when Wolchek asked Jack for proof he showed a card that Abel says is wrong.

Mathew Abel says a caregiver card is a different color and has the names of the caregiver's five medical marijuana patients on it.  Those patients have to be registered to that caregiver who can only give pot to those five patients. 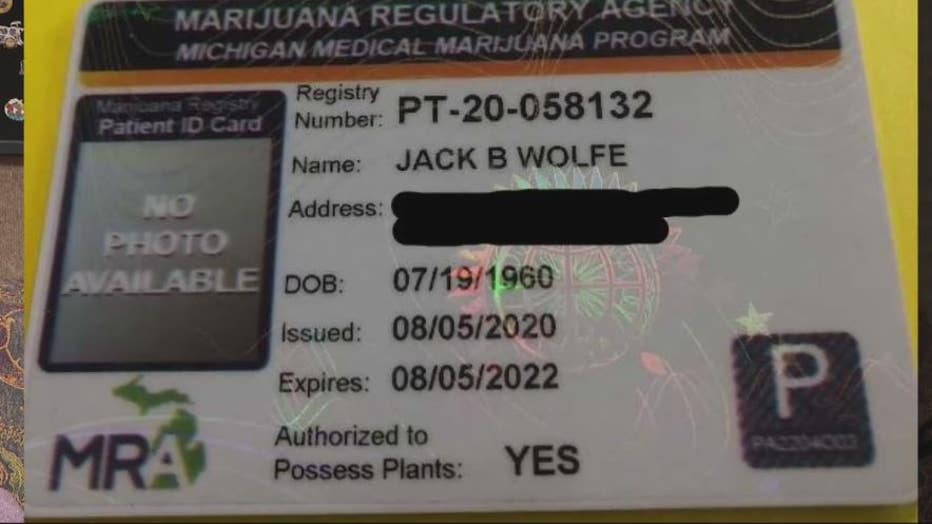 And Jack even admitted to Wolchek in a text, he doesn't even use pot.

Wolchek: "In Troy you have 70 something plants too, right?"

And 70 more, in Madison Heights. It appears Jack has way more plants than a caregiver is allowed to have.

The garage of the house is full of plants and while the house is empty now, that was not the case when the cops showed up.

Wolchek: (Reading the police report) "The main floor consisted of 46 marijuana plants and in the garage 24 four to five-foot-tall marijuana plants.  that's close to 70 plants.  So you're lying to me because..."

Wolchek: "This is the police report, so the cop made that up?"

Jack B. Wolfe: "No, the police report - with the 46 I just happened to do a favor for someone and allowed them to veg in my house."

Wolchek: "What does that mean?"

Jack B. Wolfe: "A place to veg their plants. So I let them veg.  It just so happened this is when it went down.  So it looked like I had a lot more plants than I really normally really have."

Wolchek: "This is your house right?" 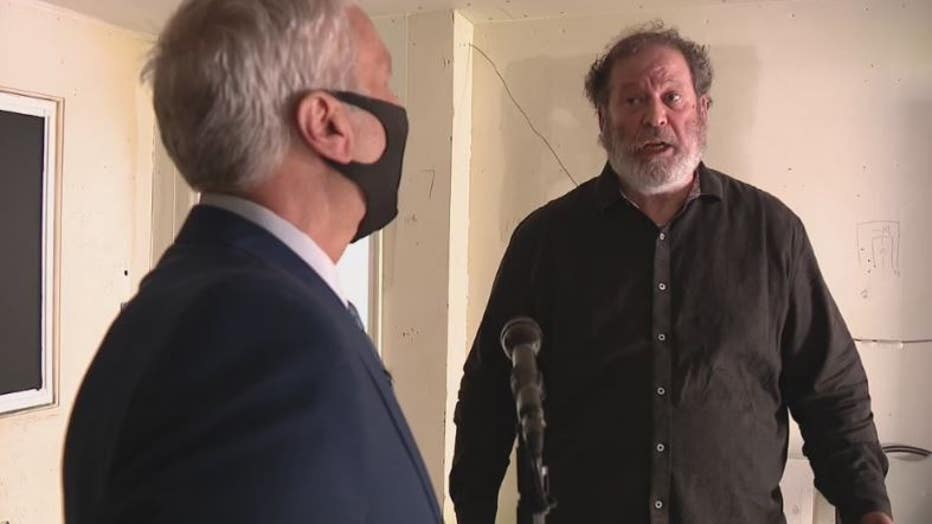 And it is the house that Otis says was full of plants he was hired to take care of. Remember Otis the pot farmer? That is also a problem.

"A caregiver is the only person who is allowed to access the garden," Abel said. "But I cannot accept any assistance. If you were to try to do something with a plant, I would have to say 'Hands off, you may not help me.' You can't water these plants, you can't fertilize these plants, you cannot trim them. Only the caregiver."

And Otis the pot farmer was not the caregiver.

Wolchek: "You're not supposed to have anybody working for you, I believe. I believe you have to tend to all the plants.  That's part of your job as a caregiver."

Wolchek: You said you hired Otis to be your plant guy?"

Jack B. Wolfe: I hired Otis to be my assistant.  Whether or not that is consistent with the law I don't know."