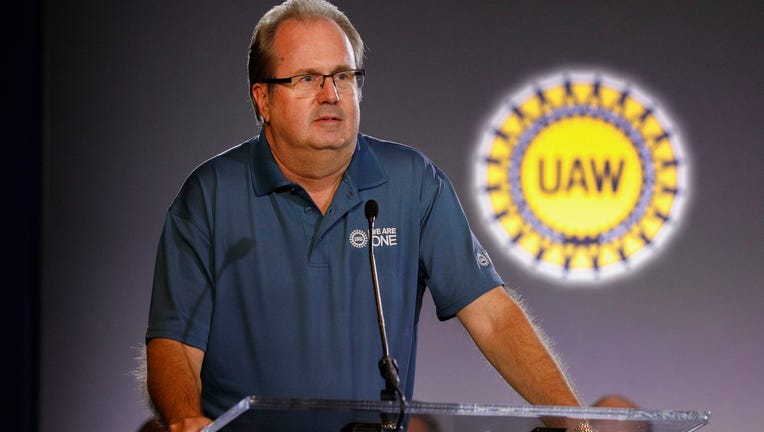 During the guilty plea hearing, Jones admitted to conspiring with at least six other high-level UAW officials in a multi-year conspiracy to embezzle money from the UAW for the personal benefit of Jones and other senior UAW officials.

U.S. Attorney Matthew Schneider says Jones pleaded guilty today to conspiring with other high-level UAW officials to embezzle over $1 million of UAW dues money, to further racketeering activity between 2010 and September 2019, and also to conspiring to defraud the United States by evading the payment of taxes on embezzled funds and causing the UAW to file false tax returns during the same period of time.

Jones admitted that he and other senior UAW officials used the UAW money to pay for personal expenses, including golf clubs, private villas, cigars, golfing apparel, green fees at golf courses, and high-end liquor and meals costing over $750,000 in UAW funds.  For example, in just one of the years of the conspiracy, Jones used UAW money to purchase over $13,000 in cigars for the use of high-level UAW officials.

The highest-ranking member of the United Auto Workers Union is the 14th defendant to be convicted in an ongoing criminal investigation into corruption.

Based on each of the two counts of conspiracy, Jones faces a maximum of ten years in prison and a fine of up to $250,000. Under the terms of the plea agreement between Jones and the government, Jones is facing an advisory sentencing guideline range of 46 to 57 months in prison.

As part of his guilty plea, Jones has agreed to forfeit his interest in $81,000 in a UAW Region 5 “flower fund,” as well as $38,000 from Jones’ Members in Solidarity account. Jones also agreed to forfeit a set of Titleist golf clubs seized when federal agents executed a search warrant at his home in August 2019.  Jones also agreed to pay over to the government the $32,377 in cash that was also seized from his residence in August 2019.

His charges are just part of a much larger union corruption investigation. Jones is the fourteenth defendant to be convicted in connection with the ongoing criminal investigation into corruption within the UAW or relating to illegal payoffs to UAW officials by FCA executives.

Jones was president for about 1 1/2 years until quitting under a cloud in November 2019.

The union now is led by Rory Gamble, who has promised to reform the culture in the UAW's top ranks. As part of that effort, a Michigan vacation home built on union property for retired President Dennis Williams is listed for sale at $1.3 million.

The UAW, based in Detroit, has about 400,000 members and is best known for representing workers at Fiat Chrysler, General Motors and Ford Motor.