FOX 2 - Some people want the big score, to make one big deal and get rich.

According to some of his customers,  this guy takes a small amount of money - from lots of people. They told Rob Wolchek the police took their reports but since they each lost less than $100 bucks, the cops said they wouldn't really even investigate.

Jack Furne sells a lot of great stuff on Facebook Marketplace. Jack Furne's prices are so good, he's got a lot of buyers. In fact, some of his customers say Jack Furne has several buyers for the same item.

"The ad for the couch was reposted after I already paid for it," said Sherry, one of his victims.

And even if it's already sold, they say Jack Furne will sell it again - as long as the customer pays up front.

Rachel: "Why are you stealing money from housewives?"

But Jack Furne isn't too worried about getting caught.

"He blocked me," said Rachel, another victim.

"He ghosted me," Sherry said.

Because 'Jack Furne' isn't even real.

But the guy behind the Jack Furne Facebook page is.

Meet Sherry. The price was so low on a couch she found on Facebook Marketplace, she knew she had to act fast.

In fact, the seller said there were so many people interested, he would just sell it to the first person who paid him. So Sherry used a cash app to secure the sofa for $89.

This Jack Furne guy she supposedly bought it from, was even going to deliver it. Supposedly he lived in Plymouth near Sherry's home.

But the sofa - nor Jack Furne - ever came.

"He made an excuse saying that he was at a daughter's dance competition," Sherry said. 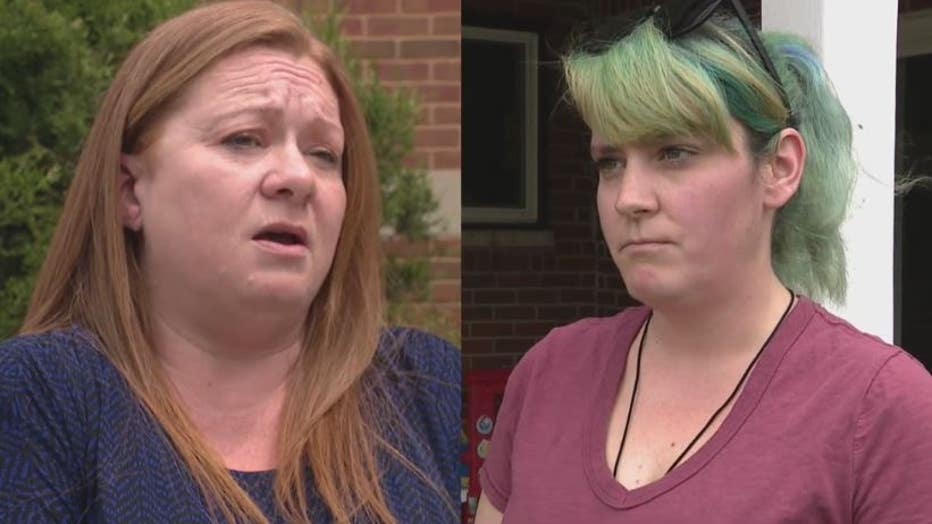 The same thing happened to Rachel. In fact, Rachel bought and paid for the same sofa from the same guy.

Then, after Jack missed his delivery date due to the dance recital - the ad was reposted, so Sherry commented under the ad -"Hey, I already paid you for this. I bought this already!!"

And another lady commented. And then Rachel saw it and commented. "Yeah. Me too. Looks like we all got scammed."

Rachel and Sherry direct messaged each other to compare notes.

Wolchek: "About a dance recital?"

Rachel: "About a dance recital."

Wolchek: "But you guys are now kin because you both paid for this couch that apparently no one got delivered."

So each of them lost less than $100. But when they talked, they realized that they weren't the only ones -  who knows how many people this Jack Furne guy did this to?

"These aren't big-time CEO tycoons he is screwing over," Rachel said. "These are just people trying to get something for their house, get some furniture for their house."

So they called The Hall of Shame.

Wolchek had his producer respond to Jack Furne's ad about another sofa he had listed. It was same price: $89.

And what do you know?  Jack messaged him to cash app the money upfront.

But not in the name of Jack Furne - he says "My cash app is Toyetime. It's under Mr. Real Estate."

And when you put in Toyetime and Mr. Real Estate Plymouth - it leads you straight to a guy named actually named John Toye.

And once Wolchek looked up John Toye, he found a warrant for him out of Canton. 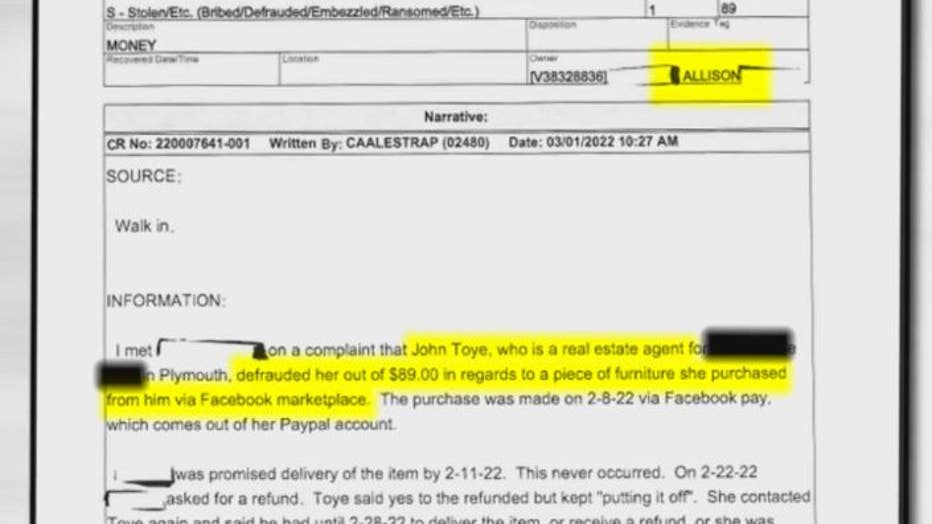 The report says complainant Allison claims "John Toye, a real estate agent, defrauded her out of $89." (Hmm, that's a familiar figure) "… in regards to a piece of furniture she purchased from him via Facebook Marketplace.

"Through reading stories from others about Toye on Google, Allison has discovered he has done this to several other people, where he takes payment and never delivers the item."

Toye was charged in March with "running a fraudulent scheme," but never showed up for court. And no one seemed to be able to find him.

"Mr. Real Estate, the number one and only"  doesn't even own a home. He rented a house in Plymouth, but was evicted owing $15,000 to the landlord.

The place where he used to have his Mr. Real Estate office is vacant and his landlord told Wolchek he didn't pay his rent.

And while Jack Furne promised to deliver his furniture, John Toye's only vehicle - a van, is in the Westland police impound lot.

So where else would Wolchek find him, at his mama's house - where he gets around on a bicycle. 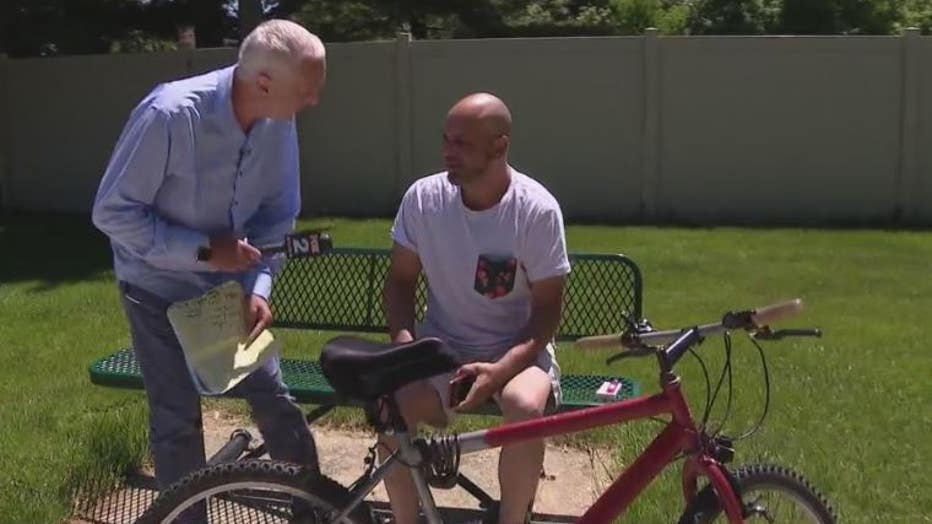 Wolchek: "You're not Jack Furne? I'm Rob Wolchek from FOX 2. You mind if I sit and talk to you for a little bit?"

Wolchek: "You don't put up a bunch of ads on Facebook Marketplace saying you're Jack Furne?'

Jack Furne/John Toye: "No, what are you referring to?"

Wolchek: "A bunch of ads that say you're Jack Furne and people bid on the stuff, and then people give you the money, and you keep the money?"

Jack Furne/John Toye: "No, I had some personal issues and some delivery issues."

Jack Furne/John Toye: "I paid everybody. And then there's people that I didn't get a response to."

Wolchek: "What happened with you?  I mean, you were Mr. Real Estate and all this stuff, and now you're ripping people off on Facebook."

Jack Furne/John Toye: "I've had some personal issues and I know you're bringing light to that, but I'm not hiding behind anything."

Wolchek: "Well you are hiding. You're using a fake name!" 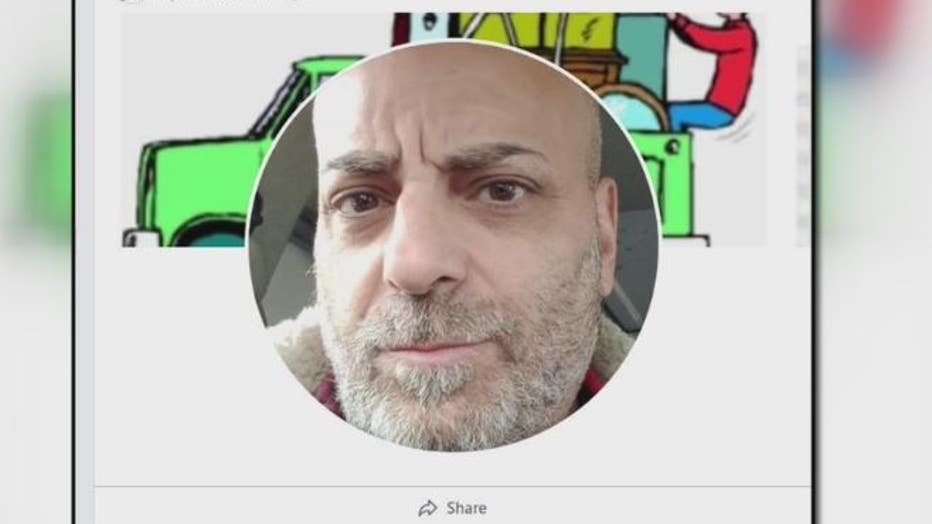 John says he uses the Jack Furne name because he wants to separate it from his real estate business. Okay, he is doing some rotten stuff as Jack Furne.

Wolchek: "There's this lady named Sherry, and she bought a sectional couch.  And then later in the day, she posted 'Why is the ad still up Jack Furne, if I gave you $89 for this couch?'

"And then this Rachel contacted her and said 'I gave him $50 for the couch.'  And you continued to keep the ad up for the couch."

John Toye: "Sometimes Facebook does that.  They put it back active."

Ahhh, Facebook's fault. But that doesn't really explain how he got paid for one couch from at least two people - neither of whom got the couch.

Now Wolchek brings up another lady he apparently did the same thing to.

Wolchek: "You've been charged with running a fraudulent scheme for your Facebook Marketplace stuff."

John Toye: "I didn't receive any documentation on that. I'll have to review it."

John Toye claims his days of selling on Facebook are over. Even though, as we sit there he has ads up under the Jack Furne name.

Wolchek: "I think you're just a dude desperate for money and I don't think you've got your head together very well."

John Toye: "Well usually the people that you're chasing around are ghosting everybody."

Wolchek: "You are ghosting everybody - you're not even using your real name." 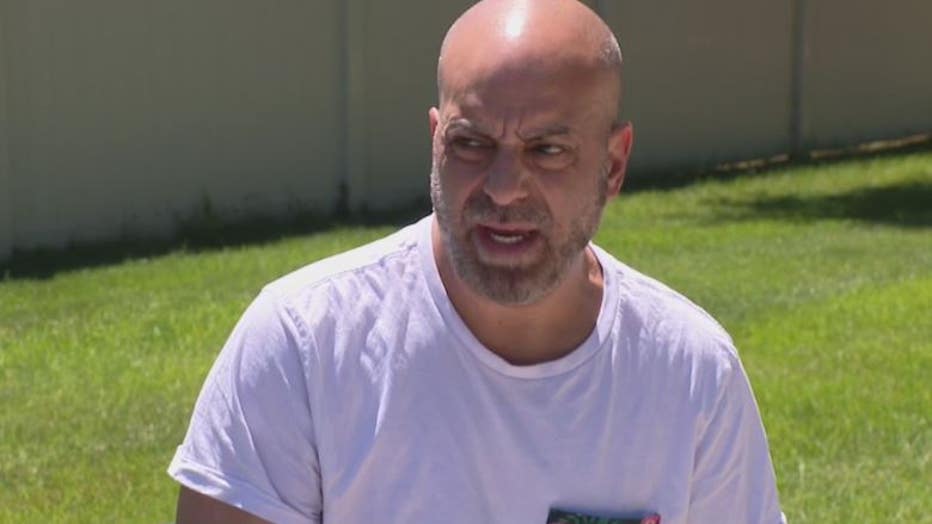