DETROIT (FOX 2) - The family of 22-year-old Drevaughn Tellis can't understand why someone would take his life. A loving father of two - with a baby boy on the way.

"I'm broken. We are broken. This was a shock to everybody," said Denise Tellis, his sister.

Detroit father gunned down at gas station in June, family begs for justice

It's been 23 days of anger, overwhelming sadness., millions of questions and stark reality.

It has been 23 days of anger, overwhelming sadness. millions of questions and stark reality.

"He's not coming back and there's nothing I can do about that. I miss him so much,” she said. "One minute I'm ok and the next I'm broken. He took a piece of my heart when he left".

On June 16, Tellis and a few friends stopped at the Exxon gas station on Eight Mile and Meyers on Detroit's northwest side. He was fatally shot to just before 11 p.m. as he was coming out.

Detroit police say three or four men may have targeted Tellis. His family says he may have also been threatened shortly before the shooting. The gunfire also hit Tellis, along with another man pumping gas. That man recovered, but Tellis later died at the hospital.

"This has destroyed me, his kids, his family," Denise said.

His family says his pregnant girlfriend who is about four months along, is scared just like Tellis' sister, Denise.

"We're paranoid. We don't know who did this and if they're after us or not," she said.

Detroit police say Thursday they do not have any suspects yet, but are still working on interviewing more witnesses - and reviewing surveillance video from the scene.

"We're going to do everything to find who out who did this to him and what was the reason behind it," she said. 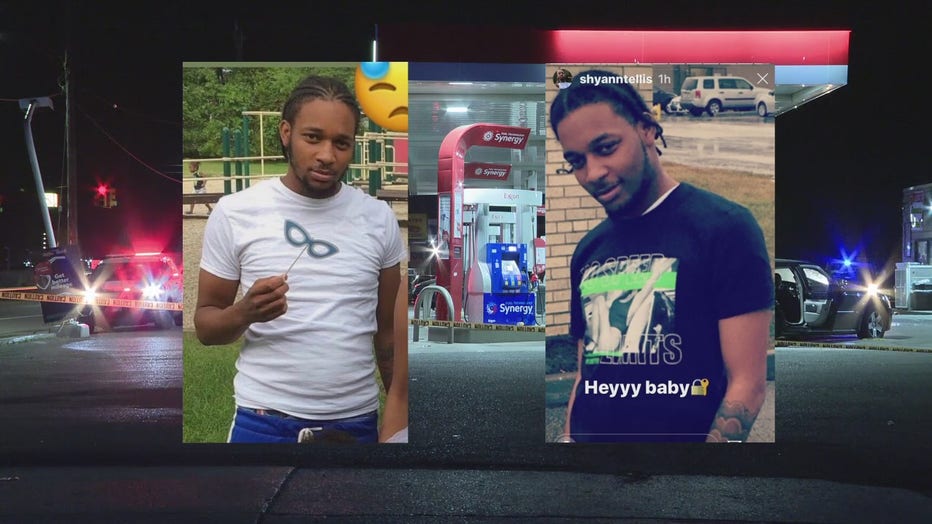 Tellis' family is also working to gather enough money to offer their own reward for information begging for someone to help find his killer, and bring them just a little bit of peace.

"I know a lot of people know some things but they're probably scared to speak up, but please, you have to do the right thing," she said.

Anyone with information is asked to call Detroit police or Crime Stoppers at 1-800-SPEAK-UP.