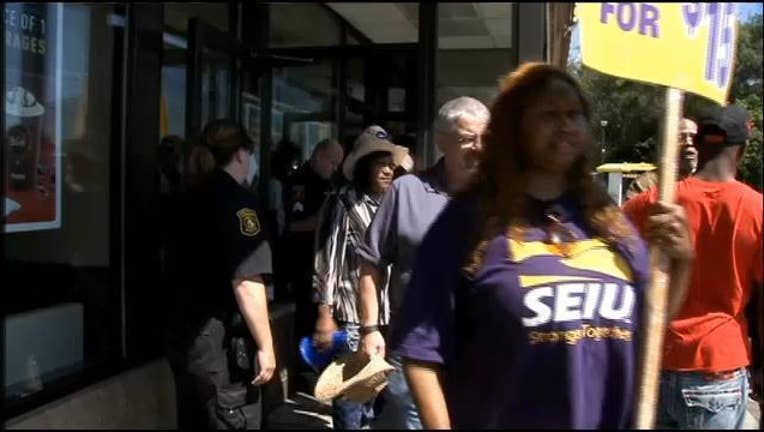 A large crowd including workers and their supporters, gathered at a Redford Township McDonald's.

Organizers say it's part of a national effort supporting a recent decision by New York's Wage Board to recommend a $15 hourly pay for fast food workers in the state.

"We want it to happen here in Michigan as well," said Pastor W.J. Rideout III of All God's People Church. "That's why we're standing in support of New York."

As the rally continued, protesters took their chants for higher wages inside the lobby of the McDonald's.

Redford police were called to the scene and directed protesters to exit the restaurant, which they did.

Organizers say they want elected officiFastals in the state of Michigan to support their effort.

"The governor in the state of Michigan will create a wage board which will agree to do the same thing like New York and all over the world," Rideout said. "Because fast food workers want $15 dollars and a union."