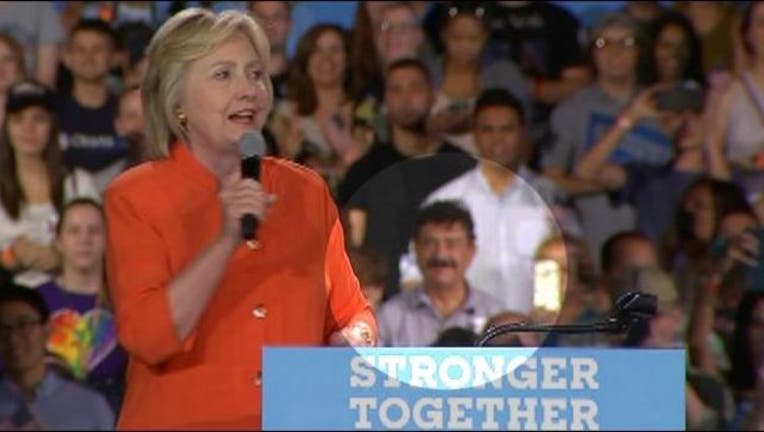 In a startling appearance Monday evening, the father of ISIS-inspired Orlando nightclub gunman Omar Mateen showed up just steps away from the Democratic nominee, cheering her on and waving an American flag in the background - even as she paid tribute to the victims of his son's terror rampage and condemned his "hatred."

Seddique Mateen's presence was first noticed by WPTV in Florida. The affiliate later interviewed Mateen, who held up a large, yellow pro-Clinton banner calling her "good for national security" and "gun control laws."

Though Mateen claimed he had been “invited” to the Kissimmee, Fla., rally outside of Orlando, he also suggested the invitation may have come in the form of a mass email.

The Clinton campaign said Tuesday they were not aware of his presence.

"The rally was a 3,000-person, open-door event for the public,” a campaign official told Fox News. “This individual wasn't invited as a guest and the campaign was unaware of his attendance until after the event."