Female entrepreneurs battle it out for more than the cash prizes.

A group of female entrepreneurs will battle it out in Michigan, tomorrow, to win their portion of $150,000 to either get a business off the ground or take their ideas to the next level.

Detroit - A group of female entrepreneurs will battle it out tomorrow in Michigan, to win their portion of $150,000 to either get a business off the ground or take their ideas to the next level.

Vickie Lewis is the founder and CEO of VMX International, an environmental firm based in Detroit, specializing in waste and recycling. Her new idea for the company; a recycling center to handle used electric vehicle batteries.

"This program gave us an opportunity to start that conversation, and start taking steps in that direction," said Lewis.

"We’ll have an opportunity to take away everything that’s recyclable, and then, perhaps be able to recycle to black mass, which has all of the rare earth materials," added Lewis.

Lewis is one of several finalists pitching Thursday in the Michigan Women Forward WomenUp & Pitch competition.  It's more than money that's on the line here.  The prize also includes mentoring and collaboration, with existing and emerging women business owners.

"It gives us an opportunity to work on our pitch, how we're going to pitch our ideas in front of investors," said Lewis.

Jackie Smythe is the founder and CEO of infinite (INFKNIT) apparel, a clothing company that focuses on reversible, sustainable clothing.  She started her business as a college freshman as a passion project with a purpose.

"It’s most important to me that the work I’m doing is giving back to the community, and that I'm doing something important as well, that aligns with my values," Smythe said.

"I just graduated … and I don’t have a whole lot of income, so being in this competition is huge, and would really allow me to excel my business," said Smythe.

Lewis and Smythe are two of 10 finalists across Michigan. Michigan forward hopes to empower more people like them, to expand economic opportunity for women and entrepreneurs of color.

"Access to capital is one of the number one reasons why women don’t necessarily have successful sustainable businesses, or are able to grow their businesses," said Alexis Dishman, of Michigan Women Forward.

The upcoming WomenUp & Pitch competition is Thursday, March 24 at noon.  All pitches will be broadcast LIVE on Michigan Women Forward's Facebook and YouTube pages.  The general public is invited to attend the event and vote for the Audience Choice winner.  Individuals can register via Eventbrite. 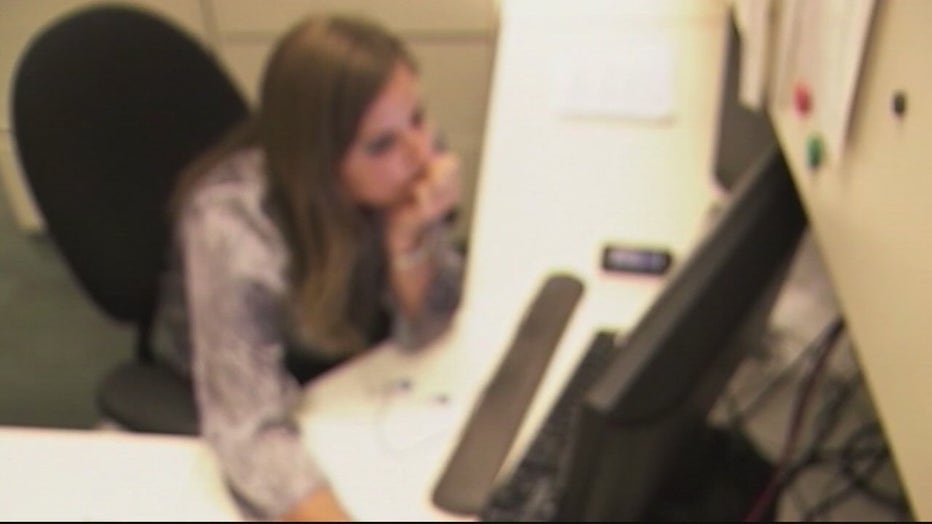