Fence phony gets found out

Rob Wolchek tracks down a fence contractor that customers say is a farce.

Seth: "Who are you looking for?"

Wolchek: "Oh yes that is you. Seth, I've got to ask you some questions."

His customers say Seth is the master of the fence farce.

"He came out, did an estimate, asked for a deposit," said Elisha "We gave him $2,180 dollars and never saw him again."

And while he may be good at tricking people out of their money, he's not very good at getting away with it because he keeps getting arrested.

Wolchek: "I'm kind of surprised he showed up to court, he doesn't seem to have much of a case."

"He didn't have a case," Thomas said.

And while the pandemic may have kept everyone else at home - Seth is still swinging for the fences.

This is Thomas and Christina.  In early March of this year, I interviewed them about a fence guy who took their money and bailed.

"I was hoping to have a fence last summer," said Thomas.

They hired Seth Churhan and his company 21st Century Fence a year ago. But after giving him $3,400 all they have to show are the stakes Seth put in, marking where their fence was supposed to be built.

"We would try calling and we wouldn't get an answer," Christina said. "And we'd get a text message later with some excuse why he couldn't show up."

The couple have nice dogs who need a fence. But Seth didn't care and he never showed. 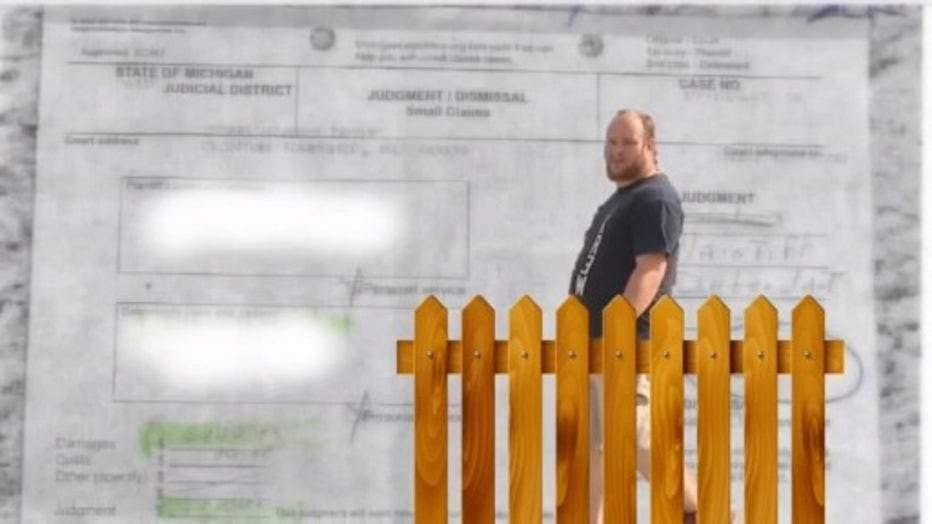 "We did go to small claims court and we did get a judgment against him," said Christina.

Here's the judgment, but Seth hasn't lifted a fencepost or a finger to pay them back.

Wolchek: "So you haven't gotten a dime?"

Remember, Wolchek shot this interview in early March. Then, the coronavirus pandemic hit. A Stay at Home Order was given by the governor, but Rob still got more people contacting him about Seth.

"He advertises on Facebook Marketplace a lot," said Elisha.

Elisha hired Seth to build a fence last fall. He had a different name for his company then, and took more than $2,100 to start the job - which he never did.

"Once I realized that he was not going to come out and do the job," she said. "I waited until that point to Google him and saw several complaints."

And she saw his mugshot. Elisha filed a criminal complaint and Seth was arrested and charged with larceny by conversion. But due to the pandemic, the courts have been closed and justice is being delayed.

In fact, Seth Churhan has been charged with larceny by conversion in three different counties. But the cases haven't gone to trial yet.

"Honestly, my opinion is he should be in jail," Elisha said.

Then, a couple of weeks ago, Governor Gretchen Whitmer announced construction workers would be allowed to go back to work. And that's when Liz saw an ad for a fence guy on Facebook Marketplace.

"I had said I had been contacting other fence companies and because of the Stay at Home Order, they all said they needed a few months to get materials and that they couldn't do a job for two months," she said. "And he said he could do it in three days."

Seth Churhan came out lickity split and asked for a deposit - but before handing over the dough, Liz texted, asking him for references.

"He told me that he didn't trust giving me references, that I would ruin his loyal customers," she said. "And that me contacting his old customers would ruin his whole business and that, 'If that's how I'm going to be, then whatever.'"

Liz had such a bad feeling about the guy, she contacted the Hall of Shame.

Seth Churhan sure gets around.  According to the Michigan State Police, he was arrested last year in Trenton, Clinton Township and Grand Blanc - just to name a few. 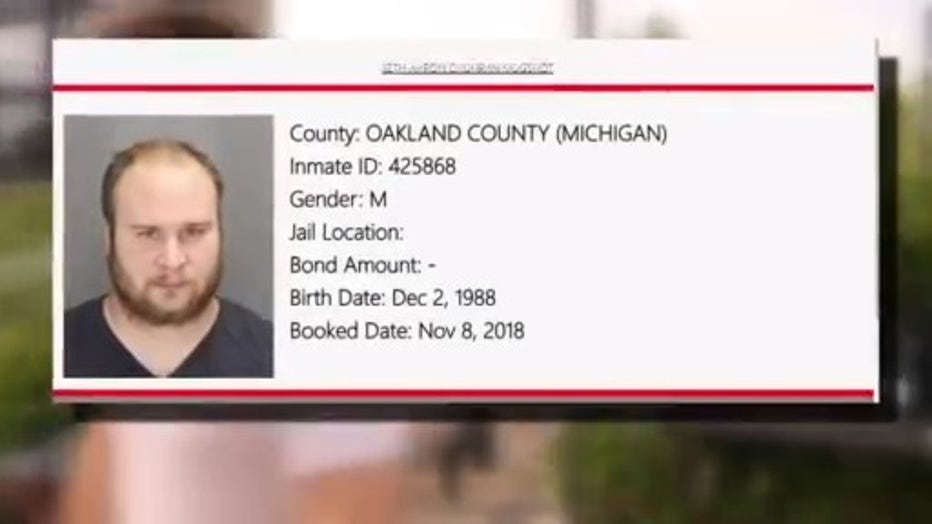 Seth also has a lot of addresses, but Wolchek didn't see him at any of the homes he had listed.

And here he is in Oakland County - it looks like he's pitching another fence job.

A few days later, Wolchek catches up to the fence phony in Warren outside Lowe's. He's all masked up with a boom mic operator and a cameraman - it was time to bust a bad guy while practicing social distancing.

Wolchek: "Hiya Seth. Rob Wolchek from FOX 2. Can I talk to you for a minute?"

Seth: "Who are you looking for?"

Wolchek: "Oh yes that is you. Seth, I've got to ask you some questions. How come you're not paying back Christina and Thomas?"

Seth: "I already went to court over it."

Wolchek: "Yeah you went to court and they got a judgment. They have a civil judgment against you." 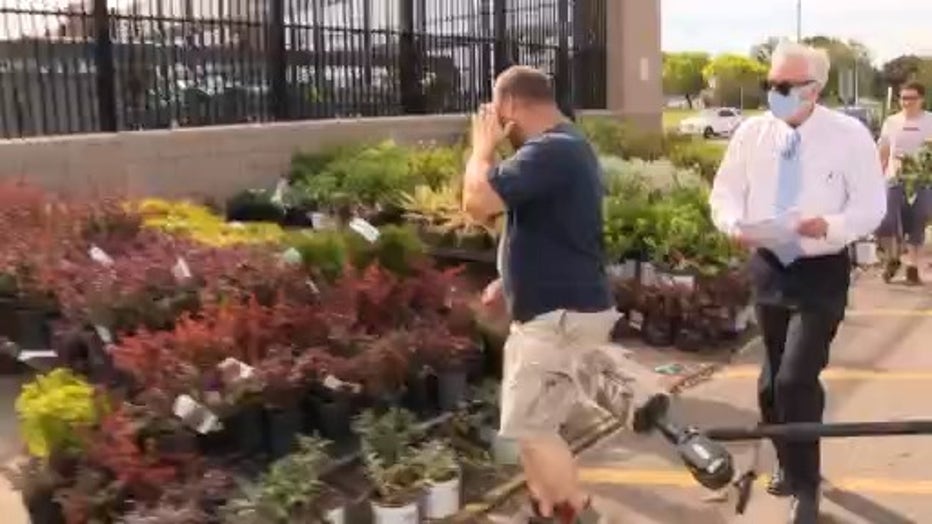 Wolchek: "No you stop and talk to me."

Seth: "It's against the law, what you're doing right now."

Wolchek: "No, it's not. What's against the law is what you've been doing. You were arrested six times last year Seth, weren't you?"

Wolchek: "C'mon Seth. Stop and talk to me for a minute. Come on Seth."

Even with a mask on, people still seem to recognize Rob Wolchek - especially when he says, "You are in the Hhhhhhhalll of Shame!"