FOX 2 - For a second straight day, three nurses and a clinical coordinator now fired from Sinai Grace say they didn't have what they needed to do their jobs during the pandemic.

One nurse recounting a particularly disturbing allegation by Jeffrey Eichenlaub.

A lawsuit was filed on behalf of the four former employees alleges Sinai Grace's insufficient staffing and PPE shortage made work unsafe and conditions even worse for patients.

"The patient had deceased and was holding the indo tracheal tube in his hand because he had pulled it out. The fact that the staff was unavailable was a critical hit to the team."

Eichenlaub, a nurse at Sinai Grace Hospital along with Salah Hadwan, Anthony Bonnett and clinical coordinator Catherine Gaughan, were all fired. Their attorney says that part of the reason why they were let go, were leaked photos of the overflow of bodies.

The pictures show bodies stacked up at the hospital as morgue space ran out. The attorney says they had nothing to do with taking the photos.

"Whoever distributed that photo to CNN is a hero," Rasor said. "Because no one would have believed, in the here and now, in a modern American city, that dead bodies were treated in that way," said Attorney Jim Rasor.

A lawsuit was filed on behalf of the four former employees alleges "Sinai Grace's insufficient staffing and PPE shortage made work unsafe and conditions even worse for patients."

"Ultimately some of them did die because of it, we didn't have the equipment and the staff," said Gaughan. "Two nurses were doing CPR on a patient and they were told by a physician to stop. We asked why, they said it came from their head physician, that they received an email that we were not supposed to do CPR on anybody suspected to have Covid."

The hospital said it doesn't comment on pending litigation, but sent a statement from the time when these former employees were terminated. It reads in part:

"Our ethics hotline received complaints that employees had taken inappropriate photos of deceased patients at Sinai Grace Hospital and shared them with other employees. We conducted a comprehensive investigation and took appropriate action based on employee admissions of violations of our patients' right to privacy."

Each plaintiff is seeking $25 million. Their attorney says it's not enough. 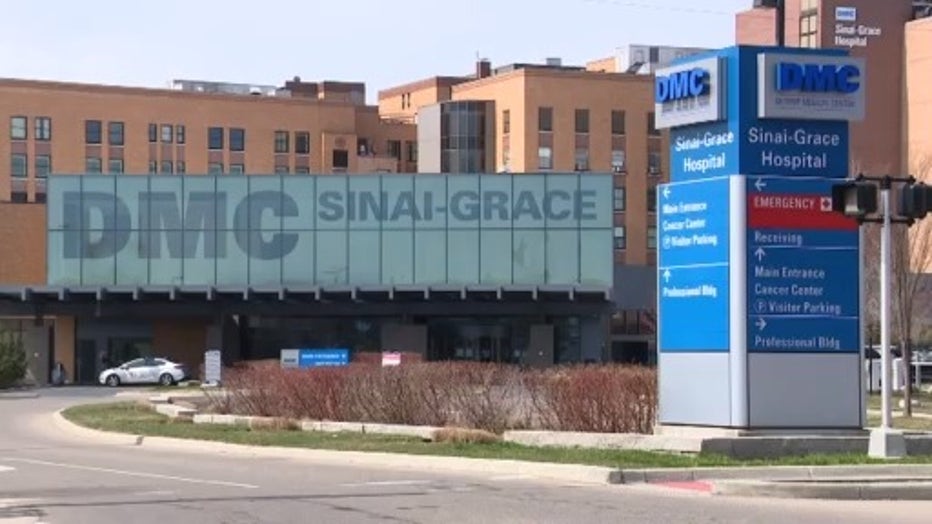