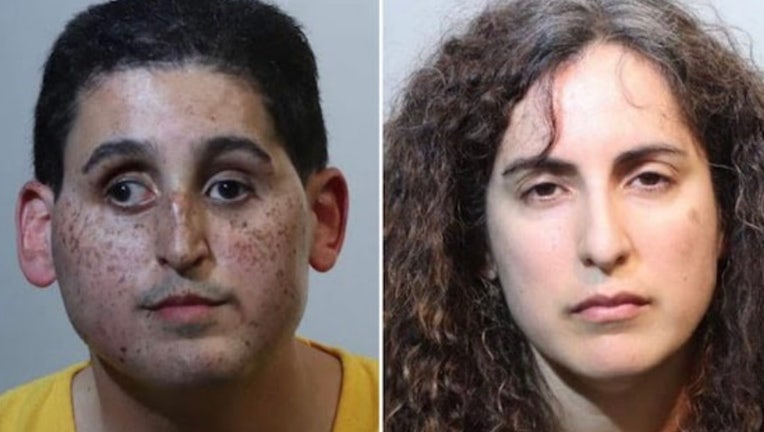 And that's just the beginning of the accusations against Florida author Jennifer Wolfthal.

Jennifer Wolfthal, 41, the author of "A Real Friend," was arrested on multiple counts of child abuse. Her husband Joseph Wolfthal, 39, an engineer for Lockheed Martin, has also been arrested.

According to an arrest report, on New Year's Day, Joseph Wolfthal brought a little girl to the hospital with injuries he said she’d suffered during a handful of accidents at home.

But authorities weren't buying the story.

"Due to the height and weight of [the girl], it is not likely the swollen bruise on the back of her head and the laceration on her lip and broken tooth were caused by off balance falls," the police report reads.

Wolfthal had also claimed the girl injured her mouth by brushing her teeth too hard and might have been suffering from vertigo. According to the police report, the girl was suffering from a long list of conditions including a staph infection, kidney and liver failure, malnourishment, open wounds and bruises, and more.

The girl reportedly told investigators she'd been isolated from her siblings and other adults for months or years.

While the girl was in the hospital, investigators visited the family home and said they found two other children with "symptoms of malnourishment, bruises and lack of care."

Police said the children's bedrooms had their doorknobs installed backwards, with the locks on the outside.

Two of their three adopted children, a 9-year-old boy and 11-year-old girl, have been placed in foster care. The 8-year-old remains hospitalized, according to FOX News.

The adoptive parents are accused of locking their kids in their rooms for weeks at a time, and they allegedly dumped cold water on them in bed and withheld food.

Investigators said they found more than 1,100 written paragraphs reading: "My body stays flat on the bed at all times. I was never given permission to move or say anything. Now I get to write about this along with everything else. I am a fool."

Jennifer Wolfthal is due back in court on March 9.