DETROIT (FOX 2) - Welcome to the Masonic Temple in Detroit where Forbes' annual 30 Under 30 Summit takes center stage in Detroit. And it isn't just for this year, but for two more to come.

The Masonic Temple hosts the Forbes event showcasing the city

"That part was intriguing but it was really the people and we felt like the people had a story to tell."

That story dates back a century. Steve Case, investor and businessman, is best known as the former CEO of America Online, is betting on Detroit's future when it comes to startups.

FOX 2: "Do you see that spirit of entrepreneurship that you had when you started AOL, do you feel that here in Detroit?"

"Absolutely, absolutely," Case said. "We've now invested in a dozen companies in this area. Some larger companies like a Shinola, a StockEx, some smaller companies like Bloomscape and Sweet Wireless -  a really interesting group of companies. So we think Detroit is an example of a city that is on the rise, more capital is beginning to back the entrepreneur and more talent is starting to return."

Quicken Loans helped bring the summit to Detroit. Just shy of 10,000 people from Tel Aviv to Toronto are here this week.  Some willing to look at Detroit for the future of their startups. 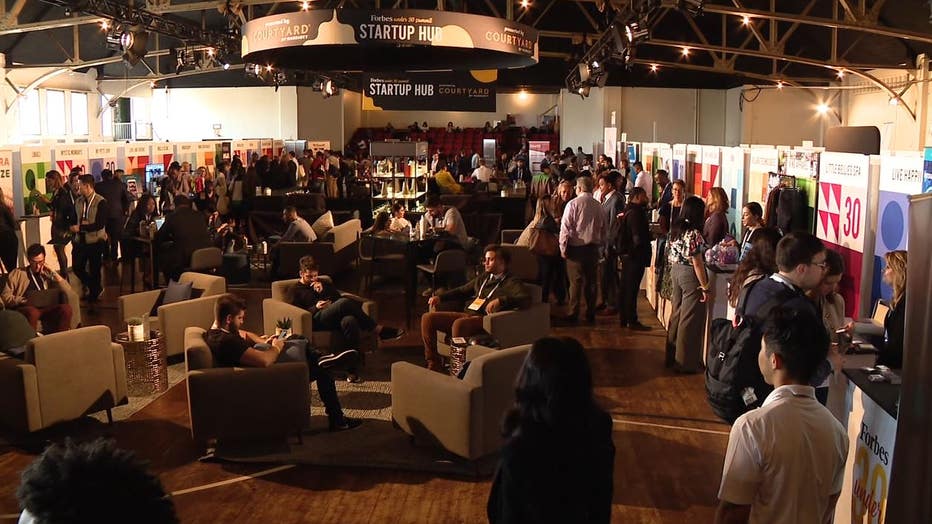 "They are blown away, they are having a great experience," said Jay Farner, CEO Quicken Loans. "And I think they will walk away saying 'Wow the city is an exciting place to be, there is a ton of support and what a great place to start your business and a place where you can be you.' We're small enough still where starting a business here really matters."

"You have an intersection of these industries that are making a huge impact in the world as well as new technologies emerging and more and more, I am seeing entrepreneurs come to Detroit because it's a great place to do business," said Jeremy, an investor and entrepreneur.

"When you see Detroit and what it was 10 years ago compared to what it is today it is really evolved. And it is growing so it's really smart that Forbes had it here, to show the world that Detroit is happening," said Nohemie Mawaka, Forbes 30 Under 30 awardee.

To really wrap your head around the possibilities for our region, Steve Case says stop looking at the rearview mirror and start steering ahead.

"You can't just focus on the past and the big companies of yesterday," he said. "You have to focus on the startups that might be the companies of tomorrow. That's how you make sure you have a vibrant community, 25 or 50 years from now."