While we're all holding out hope that it could be us it got us thinking-- we want to hear from someone who can speak from experience. Jessica Dupnack tracked down a former lottery winner to find out what it's like.

FOX 2 (WJBK) - There's still no Powerball winner. We've never seen a jackpot this high before - at $1.9 billion. That's a cash payout of more than $929-million which is obviously a life-changing amount of money.

While we're all holding out hope that it could be us it got us thinking-- we want to hear from someone who can speak from experience. Jessica Dupnack tracked down a former lottery winner to find out what it's like.

He spoke to FOX 2 from his ocean-side mansion in Florida - which is just his winter home. He also has a home in Michigan where he won his jackpot.

"I'll probably buy one today when I leave the house to go take care of some business," said "Steve."

Twenty-two years ago, this former lottery winner from Metro Detroit, who we’ll call "Steve" won the record-breaking lottery at that time.

Back then it was called "The Big Game" and his take-home, was a lump sum of $60 million. He likes to stay under the radar now, but back then – he had to come forward.

"I had a $100 bill, that's all I had, and I asked the guy to give me the change in lotto tickets," he said in an interview after winning.

"Steve" says he found out that he won – when he saw the clerk who sold him to the ticket on the local news.

"We basically went into silent mode. We didn't know what to say or do," he said.

Then he says, it got insane - worldwide media attention, the feds, even took him and his family into protective custody.

"They drove us up to Frankenmuth, Michigan and hid us out for several days," he said.

The whole thing – has its advantages

"My side and my wife’s side, got a substantial amount of money," he said. "In that first year alone, I gave away about $10-million. The biggest splurge I had for a 55-foot Viking yacht."

And he says – it wasn’t always great.

"Probably about 15 years ago somebody broke into my house and beat the (expletive) out of me and robbed me at gunpoint," he said.

So, what are the chances we end up like Steve on Monday night?

"The chances to win the jackpot are 1 in 292 million," said Jake Harris of the Michigan Lottery. "Of course the odds of winning a prize playing Powerball are about 1 in 25. There are a lot of other great prizes aside from the jackpot."

Harris says if you match all the numbers – the cash option is $929 million.

And if you win, "Steve" has a bit of advice.

"Stay as anonymous as you can," he said. "And I'm not a financial genius, but I would tell that person now, if they're very young, I would not take the lump sum, take the annuity."

Steve says he is single, and that he moved right after winning and currently has none of the same friends from before he won. He has new friends now, and says they are all rich. 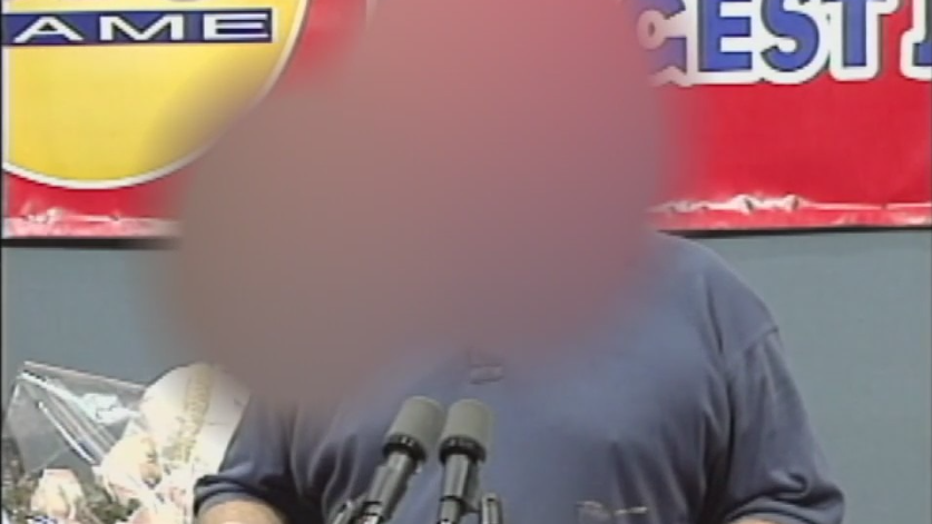 Lottery jackpot winner from Michigan "Steve" after he won in 2000.