FOX 2 - A former mechanical inspector is suing Orion Township claiming he was fired for speaking out against racism.

"I had a good work history, I was the mechanical inspector for Orion Township," said Mark Booth.

It was a job that Booth held for four years and suddenly lost after he says he stood up to his direct supervisor.

The head of the building department, David Goodloe, allegedly made racist comments about Hispanics to Booth.

"It started to get offensive and finally I just had enough and I said to him, 'Look, I'm Hispanic.' From that time on, everything changed."

Booth was let go a short time later in December 2018. He hired an attorney and a case against Orion Township and David Goodloe was filed in federal court.

A jury trial is set for April of this year according to Booth's attorney Jim Rasor. Booth and Rasor told us some of the things Goodloe allegedly said about Hispanics.

"(He said) 'I don't know how they come to work in their low rider trucks like that, I wish they played American music not that Hispanic music, I don't know how they get anything done, they cost me a lot of money,' his supervisor said, 'When they worked for me and my other company,'" Rasor said.

"He didn't care for the Mexican drywallers because their work was inferior," Booth recalled.

We went to Orion Township offices and we were referred to the outside attorney defending the case for the township and Goodloe. She has not yet returned our phone calls.

"You can't do that at work and that's the message from this lawsuit, this type of racial and national origin discrimination is unacceptable in the work place," Rasor said. 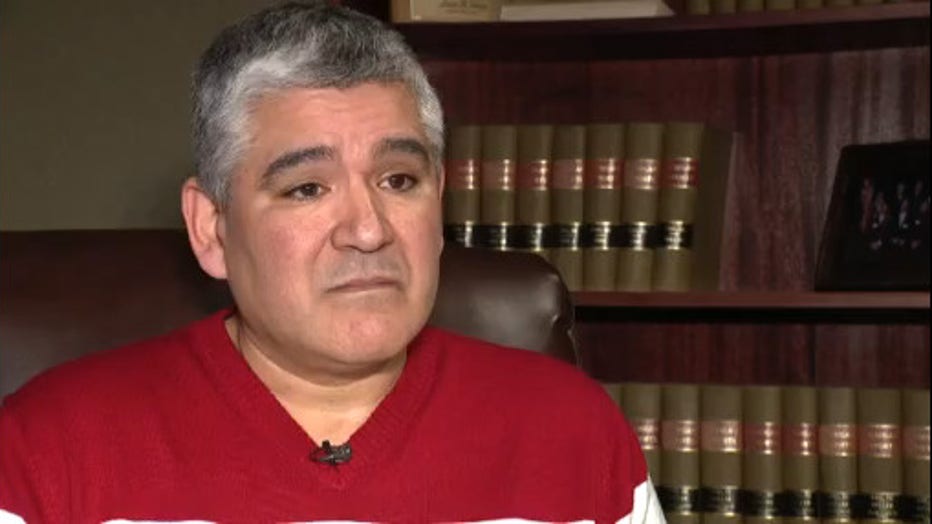