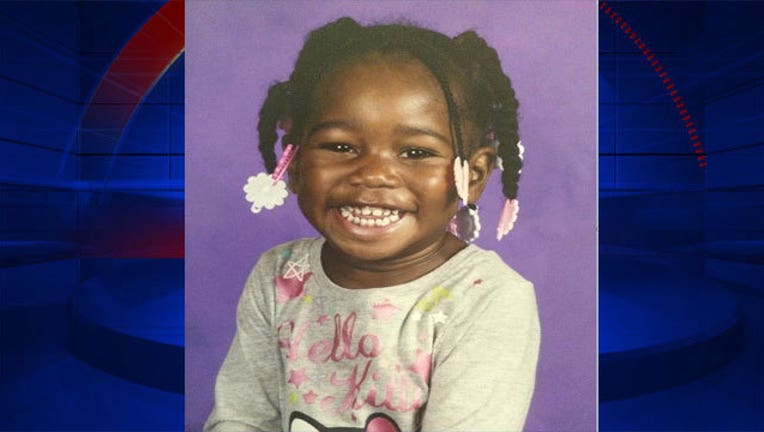 A little girl who had been missing, was recently found, according to Detroit police.

Neveah Morris was signed out of daycare at 2 p.m. Wednesday by her mother's ex-boyfriend.

She was found inside a home on St. Mary's Street tonight. The ex-boyfriend, Neville Morris who is not related to her, was not at the scene.

Police said that the ex-boyfriend Neville Morris - who did not have permission to sign the child out - was not a threat to the child and believed he would not harm her.

He is a known prescription pill addict and alcoholic, which also added to the family's concern.

Police are currently searching for Morris.