FERNDALE, Mich. (FOX 2) - Ferndale police announced Tuesday they had arrested four men they believe to have committed almost half of thefts from vehicles in the city this year.

Baron Brown, the department's Public Information Officer posted on Facebook there had been "significant developments in recent thefts from unlocked cars in Ferndale."

With the help of a myriad of other law enforcement entities, Ferndale police arrested Carlos Byars-Walker, 21, Wellington Littles, 17, Corey Rashada, 21, and Kiron Walker-McNeil, 17, for "hundreds of larcenies in more unlocked cars in the metro area and an excess of $400,000 worth of recovered stolen vehicles."

Ferndale police said in the month of September, they recorded an "extraordinarily high number of thefts from unlocked cars." In response to the spike in cases, officers stepped up patrols and used a string of techniques to identify the people committing the thefts. As officers distributed fliers to homes, they regimented a social media campaign urging people to lock their vehicles.

"Yes we made ample use of the Oakland County Sheriff and Michigan State Police helicopter to assist in this investigation. The use of their choppers, while annoying to our community at times, made several aspects of this investigation much safer for our detectives," wrote Brown on Facebook. 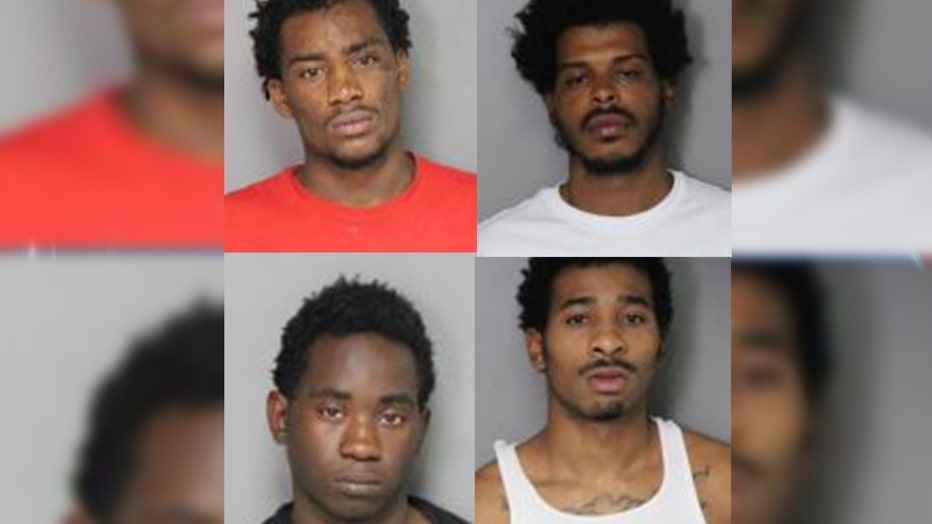 Police first arrested Byars-Walker, of Detroit on Sept. 19. Willington-Littles of Pontiac, Rashada of Highland Park and Walker-McNeil of Detroit were later arrested on Sept. 25. They're believed to be connected with thefts in Detroit, Farmington City, Grosse Pointe Park, Hazel Park, Lansing, Oak Park, and Warren.

"On an almost daily basis, one or more of these subjects visited the same location in Detroit to use a machine that turns loose coins into cash."