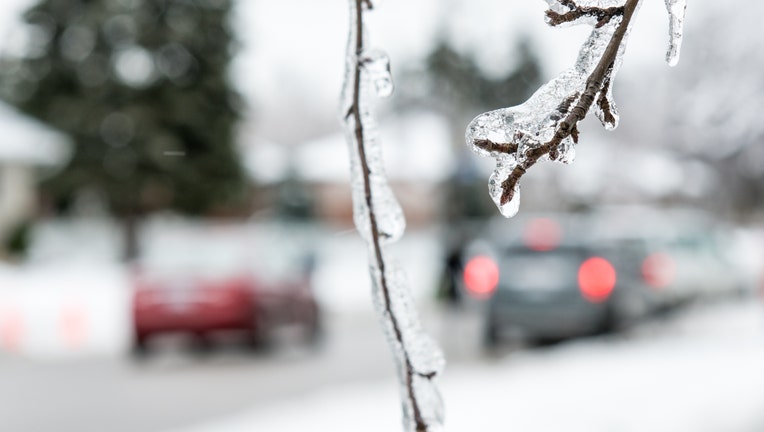 Freezing rain is expected to begin across much of south-central Michigan Saturday morning and continue for several hours. As much as one-half to 1 inch of ice accumulation is possible from Interstate 94 north to U.S. 10.

Consumers says a half-inch of ice can add as much as 500 pounds to a span of power lines.

With a huge storm about dump several inches of rain on Michigan, state officials want you to have all the necessities before the rain and maybe even freezing rain, hits.

A series of weather systems will impact us starting early Friday morning and continuing until Sunday morning. We will see mostly rain but there will be a few battles with freezing rain and a little bit of snow.

After Friday's rain ends, cooler air begins to infiltrate the atmosphere early Saturday, bringing wintry weather.  Freezing rain or sleet is possible early Saturday (which means icy roads). As the day moves along, it turns back to rain and will be very heavy at times, especially late morning.

Rain will continue ALL DAY Saturday, getting lighter in the afternoon and then heavier again in the evening.

Track the weather if you're in Detroit, Grand Rapids or Ludington with the FOX 2 Weather App.

Flooding is a major concern, for low roads, for areas with poor drainage and for basements. The rain could turn into freezing rain again late Saturday before a brief period of snow between 11 PM and 4 AM Sunday.

Snow totals for us will be an inch or less, while northern Michigan will gather nearly a foot of snow!