WATERFORD, Mich. (FOX 2) - Two workers on the front lines say they're tired of getting the cold shoulder from a home warranty company. Their furnace broke down and, instead of repairs, the couple says they've only been getting the runaround.

"I’m so exhausted of coming home from work, being freezing, changing out of my scrubs and getting into my cold sweat pants," said Dayna Stevens. The 27-year-old and her boyfriend both work in the ICUs of different hospitals. They haven't had heat in their Waterford house for over a month now.

Waterford couple without heat for a month now

A couple in Waterford has been without heat for a month now and is getting the runaround from their home warranty company.

“I put my scrubs in the dryer before I put them on just to warm up," she said.

Stevens says she got her older furnace checked in October and a contractor discovered a CO2 leak and shut it off. Stevens then called her home warranty company American Home Shield. They told her they’d send someone out the next day.

“My boyfriend stayed up after his 12-hour shift and worked the next night and they never came.”

Since then, Stevens and her boyfriend have called American Home Shield daily.

She says they’ve been put on hold for hours and have even been hung up on. Stevens says they also told her a furnace was already delivered, which isn't true.

Now their home on Oregon Boulevard is decorated with space heaters but the temperature inside is still lingering in the 50s. Stevens and her boyfriend and their two dogs, Piper and Stella, also rely on electric blankets.

“We have to keep Piper, our small one, cozied up under the covers with us.”

Stevens says, with three space heaters constantly running, they're starting to get worried about their electric bill.

“Then we put the one on upstairs when we sleep the whole time.” 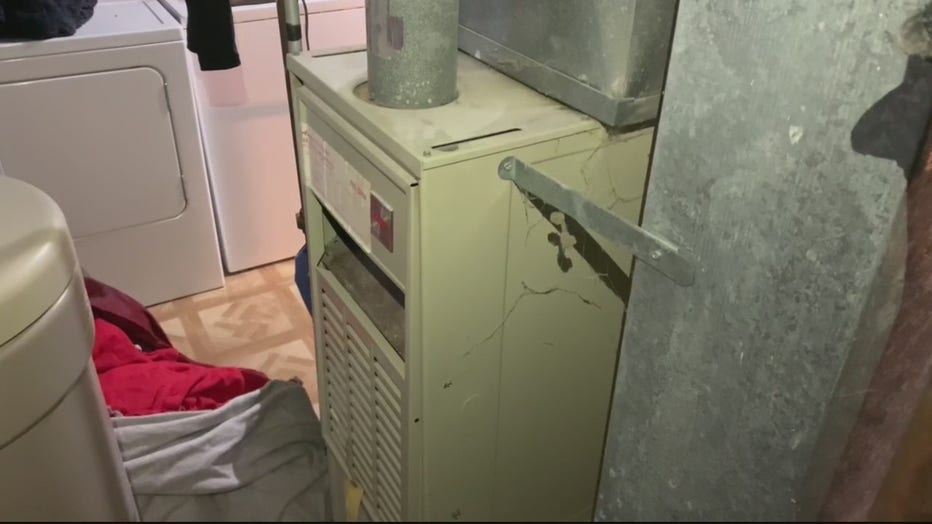 “I don’t know what else to do," Stevens said.

With long days and extra hours put in to becoming nurse practitioners - and $600 in student loan bills per month - Stevens is hoping someone out there can lend a helping hand.

“Please. Please help. We’re just exhausted. We would be so grateful and so appreciative just to have one thing taken off of our plate."