The sequel to the hit 2013 film reached $1.33 billion on Sunday since it debuted on Nov. 22 — including a $449 million domestic gross and $875 million international, according to Box Office Mojo.

Although “The Lion King” earned $1.66 billion at the box office, Disney considers that remake live-action even though it was largely computer generated. 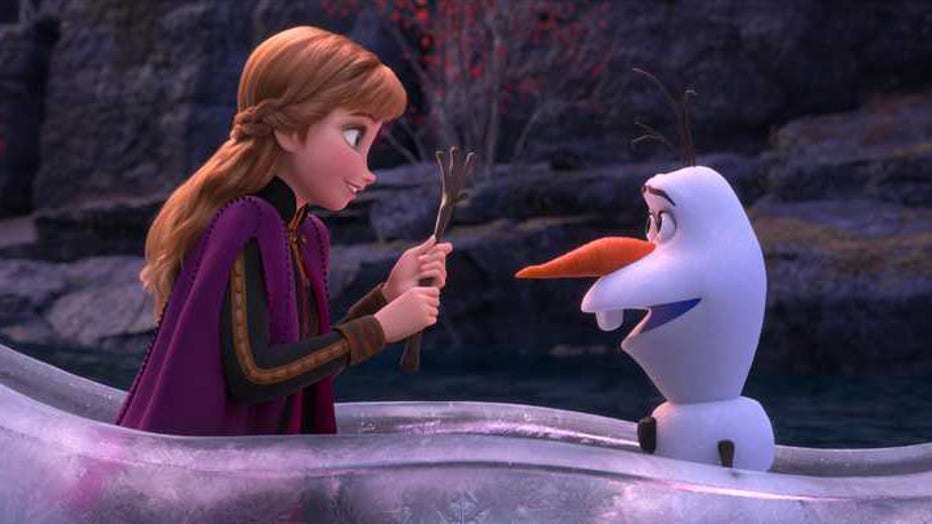 “Frozen 2,” which follows Elsa and Anna as they take a dramatic journey beyond their kingdom of Arendelle into the unknown, is also the highest grossing film ever directed by a woman in worldwide ticket sales.

Jennifer Lee, who co-directed both “Frozen” films with Chris Buck and who now runs Disney Animation, surpassed her own record from the first “Frozen” at $1.28 billion.

The Walt Disney Company now has the top three highest-grossing animated movies in history, according to FOX Business. After the “Frozen” films, “Incredibles 2” earned $1.24 billion in worldwide gross.

With $33.7 million over its third weekend in U.S. and Canada theaters according to studio estimates Sunday, Disney’s “Star Wars: The Rise of Skywalker” ($918.8 million) is closing in on $1 billion worldwide. While it appears unlikely to match the hauls of the trilogy's previous entries, “Rise of Skywalker” will mark a record seventh $1 billion 2019 release for Disney.